I swear, the holidays just go by faster and faster every year. This year was by far the most magical since having children. Jackson really is starting to just get it, and while he may not be sure how he feels about Santa Claus, he was pretty excited that the big guy brought him some presents. Lincoln is just as cute as a bug and follows Jackson around, trying so hard to be just like him. So truly, watching those two brothers enjoy the magic of Christmas was one of the sweetest experiences I have had so far as a mother.
This year was the first year we really did our ELF tradition. A fun history; we had three elves in our house when I was a kid, and they magically moved and got into all sorts of mischief every night. We are talking two decades before the Elf on the Shelf trend, and I am forever a bit salty that my parents didn’t jump on that idea and create a money making franchise like some other person did 😉 So, instead of having the Elf you see in most homes, I was able to find the exact elf that my parents had, and love pointing out the my boys that our Elf is just like the one at Grandma and Grandpa’s. I feel like it will make it so much more special as they grow older! Our Elf was a relatively lazy guy, but he did get into some trouble a few times. My favorite was when he created a zipline across our kitchen! 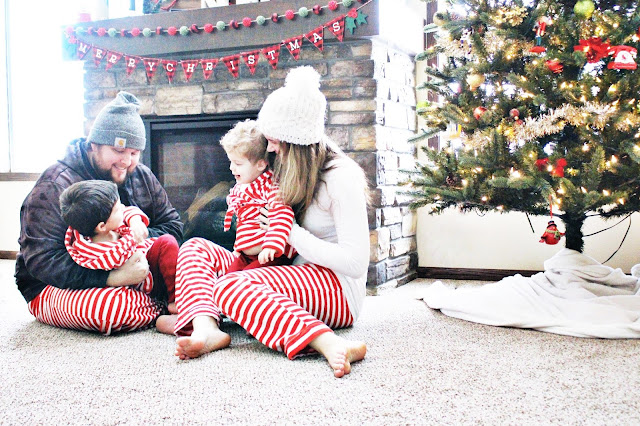 We wore matching family pajamas, a Christmas miracle in and of itself. Mike is not the festive pajama type, but he got on board and Jackson thought it was the best! 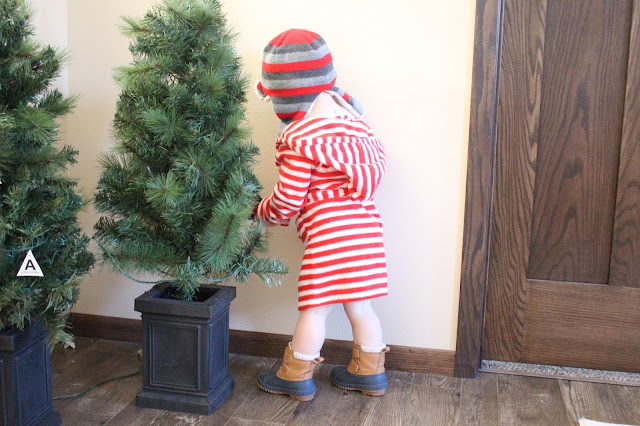 I dressed Lincoln up a la Cousin Eddie from Christmas Vacation, and probably got my favorite photos of him of all time. 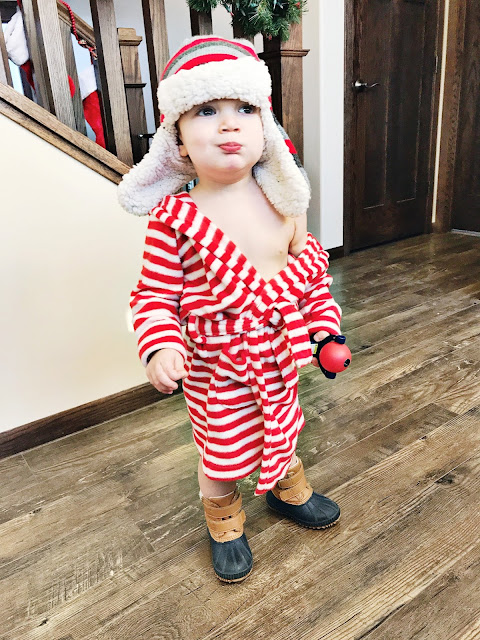 Merry Christmas, shitters full! 😉
We had lots of fun drinking coffee (or milk for Jackson) out of these adorable Santa mugs. I just love all of the festive little things that make Christmas so much fun. 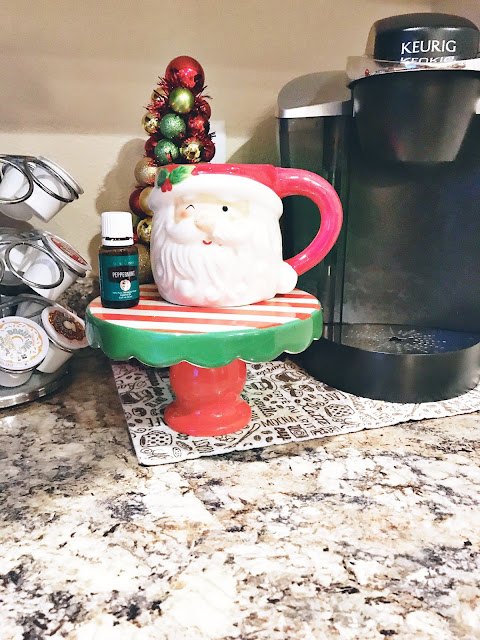 We spent Christmas Eve with my in-laws, and I captured zero pictures. I am the worst at getting out the camera when we are in the midst of gift openings and family dinners. But trust me when I saw the boys had a blast!
On Christmas morning, I also captured ZERO pictures. But Santa surprised the boys with a play kitchen, and they have been living in it ever since! Lincoln takes it so seriously, placing items in a pot, and stirring it, placing it in the microwave..he takes it SO seriously, it is too cute to handle. We had breakfast and home and the boys spent the rest of the morning playing with all of their toys.
After naps, we headed over to my parents for Christmas dinner. Below is the one piece of evidence that my children actually received presents this year. I was so excited that Mike and I got a new camera-after permanently borrowing my sisters camera (seriously) for the past year, I think both she and I were pretty thrilled I finally had a DSLR of my own! 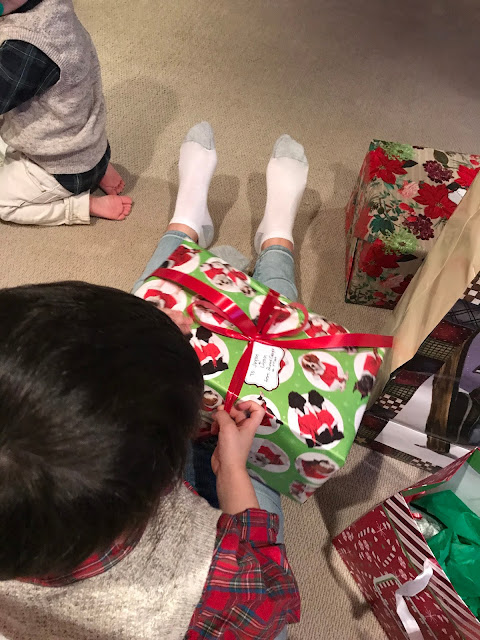 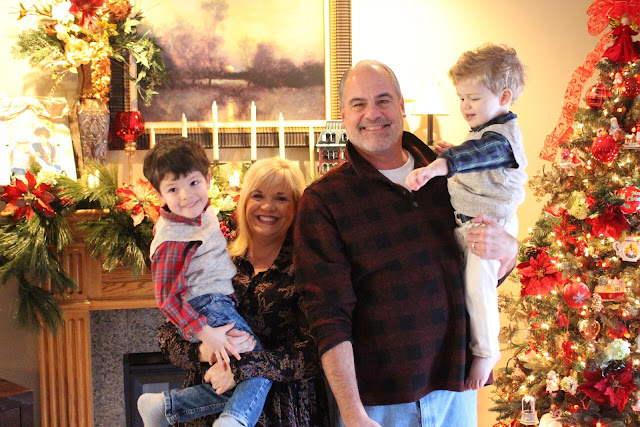 The boys got a photo by the tree with grandma and grandpa, and as usual, this is about as good as it was going to get. Boys will be boys. 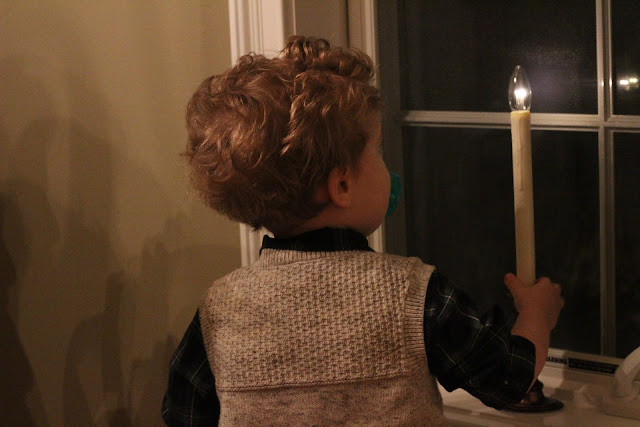 Lincoln was so sweet looking at the candles in the front windows. I just love the magic in the eyes of children during the holidays. 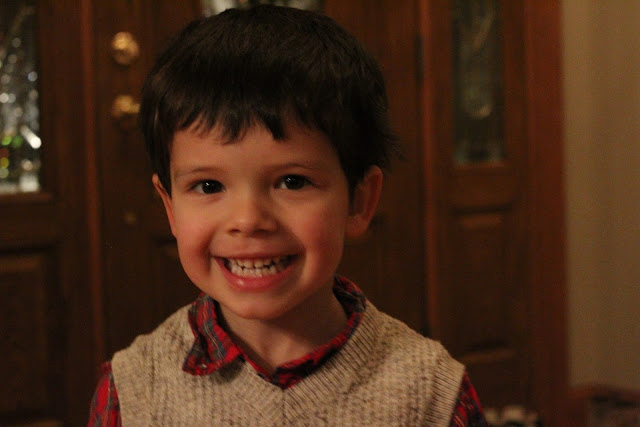 I mean, this picture just about does me in. I want to bottle him up and keep him like this forever. 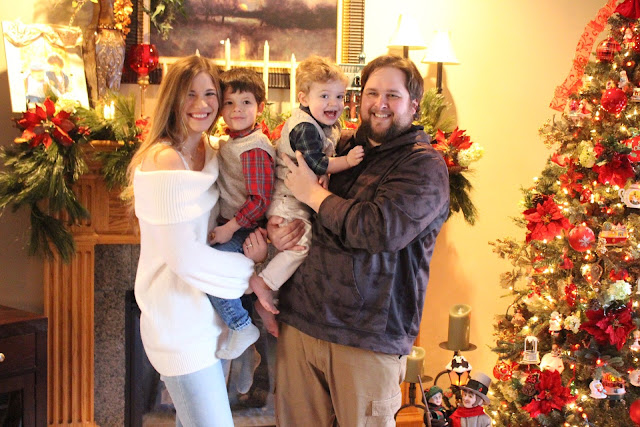 Another family photo, but no one is crying so I call it a win. 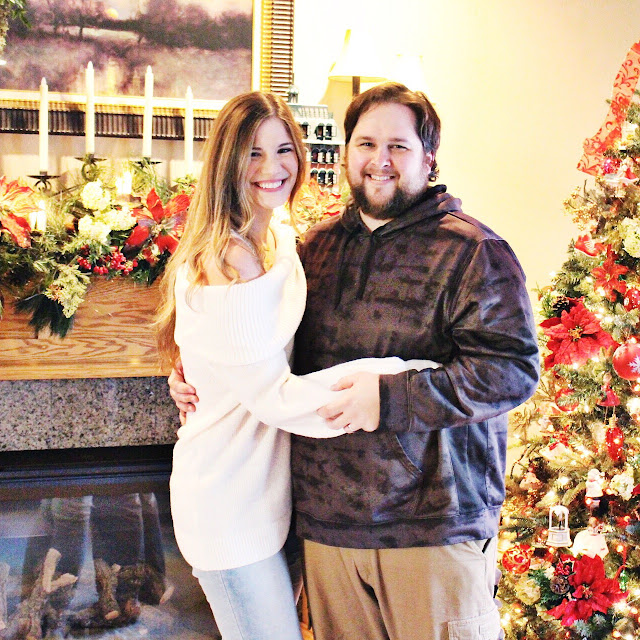 And one last shot with my love, because holidays are the one time that I can force him to take a picture with me 😉
I had the rest of the week off with the boys, but it was literally below zero every single day and FREEZING so we did a lot of laying low and playing at home. It was a great recharge week and I think that, while we were sad to see our mini break come to an end, returning to a schedule wasn’t the worst thing. 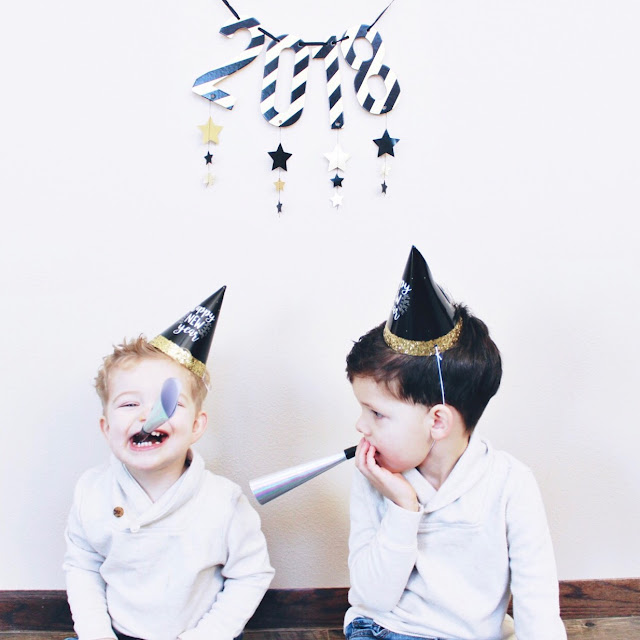 We rang in the new year with dinner at my parents and everyone being in bed by 9pm, because #adulting. We are ready to take on 2018!
I hope you all had a blessed Christmas, I truly love and appreciate every single person who continues to follow along our little corner of the world here at Stang&Co! 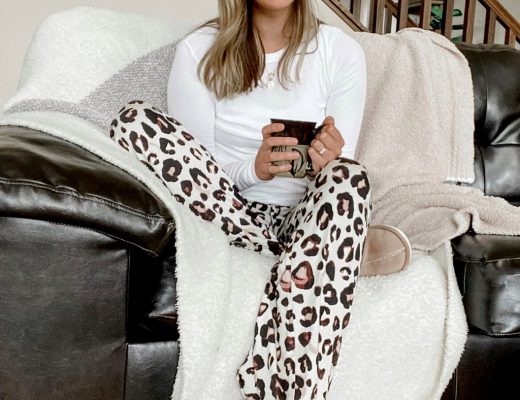 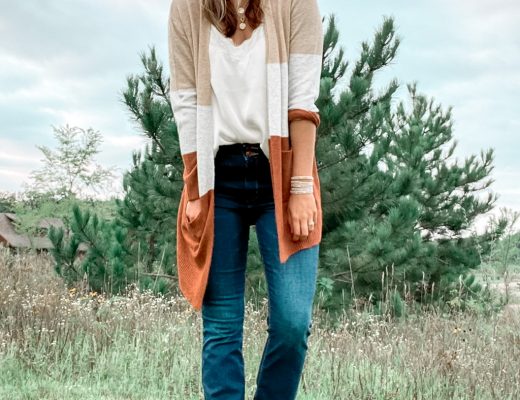