Posted on November 8, 2017
Time just keeps going faster and faster. Do I sound like a broken record? If so, it is probably because I am, but I just could never fathom how quickly my children would grow until it started happening before my eyes. Life with Lincoln at this stage has been just a joy; I love the feisty, independent personalities that emerge at this stage, and yet that precious baby innocence is still there. We have been having so much fun watching Lincoln learn and explore these past few months. 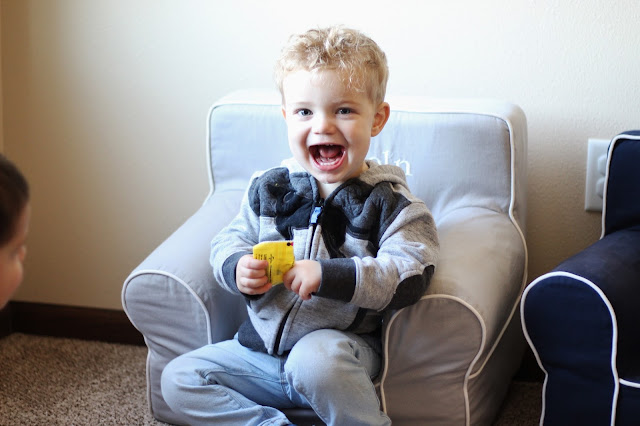 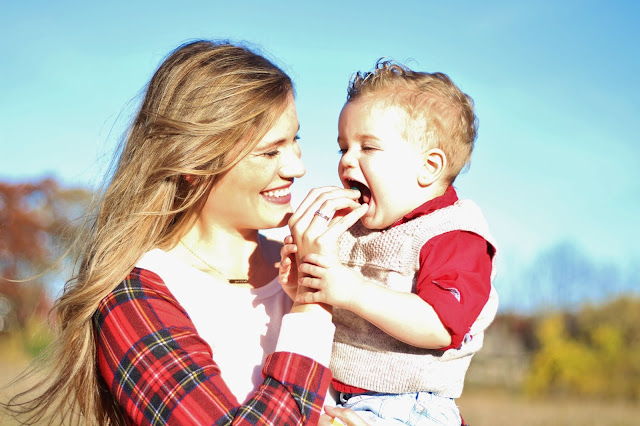 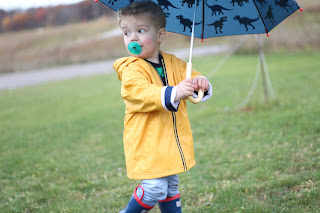 Growth
This sweet boy is still so big. At his doctor’s appointment this week he weighed in at 31 pounds, placing him in the 99th percentile. He measured a whopping 35 inches and had a head circumference of 20.5, both of which put him OVER the 100th percentile. I will also note that he went to the doctor and sat on her lap, and she scooped him up when we were all done to bring him to get a sticker. I wondered for a moment if she was going to try to keep him 😉 At one point during the visit she said “I can’t even look at him!” I may be a biased mama, but it sure makes my day to know others find him equally as adorable 😉 He is wearing 2T pants and is mostly into 3T tops now, and size 5 diapers. I feel like I just switched out his clothes, and I am already needing to empty his drawers and get rid of all of the things he has somehow managed to outgrow.
He had his third haircut last month, and it made him look SO much older. I loved his curls, but oh my gosh how handsome he looks with his little crew cut sides.
Development
He has started doing so many new things recently. While he isn’t talking up a storm, he is definitely starting to talk and communicate much more. He loves to walk to the door, often carrying his dad’s water canteen for work, and will loudly declare BUH BYE! He also says mama, dada, hi, and all done. I have noticed him start to copy Jackson when they are playing, and in doing so he has said ‘quack quack’ when playing with a duck, and when Jackson was being a zombie zucchini (long story) and declaring ‘SALADDD’ out of the blue Lincoln mimicked him and declared SALAD as clear as day!
He is also signing, much thanks going to our daycare provider who has been teaching him. He does all done and please. I don’t know why, but whenever either of my boys do that little tummy rub to signal please it has absolutely melted my heart. Lincoln does it when he wants more dinner or his bottle, and it is just the sweetest. (Fun fact: Jackson will still subconsciously sign ‘please’ when asking for things without even noticing it!)
Eating 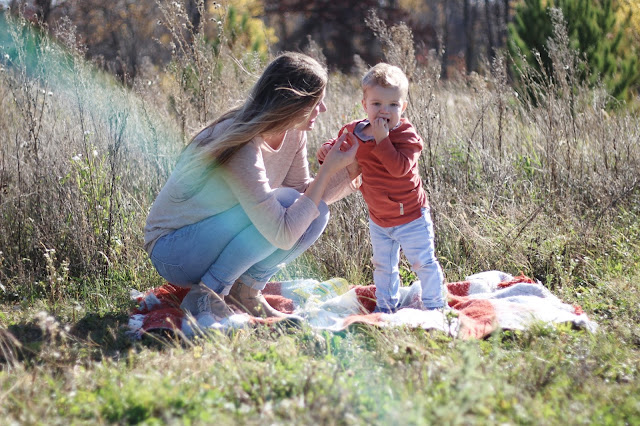 Much to my dismay, we have entered the stage of the picky eater. Both of our boys have been good eaters around the one year mark, and then get progressively pickier. Sunday was our first time of finally putting our foot down and not making him an alternative meal at dinner. He had refused 2 or 3 dinners in a row, and based on past battles with his brother we know we have to kick this habit before it gets out of control. He loves carbs, and will eat bread, macaroni and cheese, and basically any kind of pasta or sandwich for days. He also loves fruit, and lately he has been sticking raspberries onto his little fingers and he thinks he is the funniest person ever when doing so. Bananas, oranges, and blueberries are his other favorites. And, in stark contrast to his brother, he really wants nothing to do with meat. Jackson used to eat hotdogs and chicken nuggets so much we had to cut him off and remove them from our house, but Lincoln will maybe take a bite or two but then won’t touch these things. It is so interesting to watch children and their unique preferences.
Recently we have also started giving Lincoln more ‘normal’ servings of food. So, despite my OCD fear of my children choking, I give him a sandwich cut in half rather than into small pieces, or a full round of summer sausage instead of slicing it up. He seems more inclined to eat the foods he is picky about if they are given in their whole form. He so much wants to be ‘big’, so while it means us watching him much more intently during mealtimes, he seems to be loving eating his PB&J sandwiches like a big boy!
Sleep 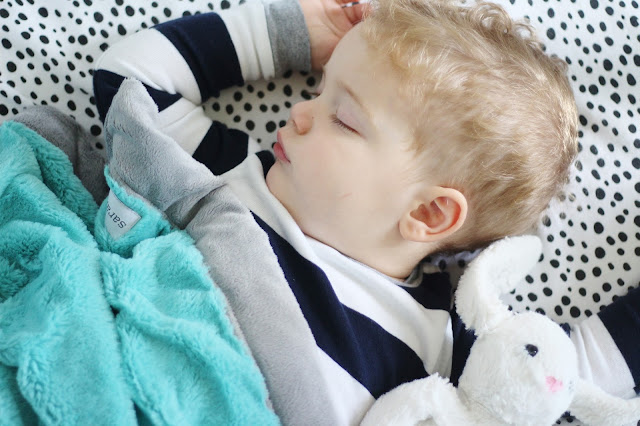 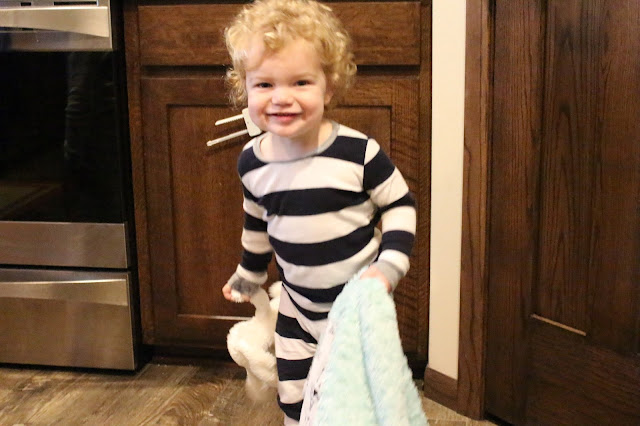 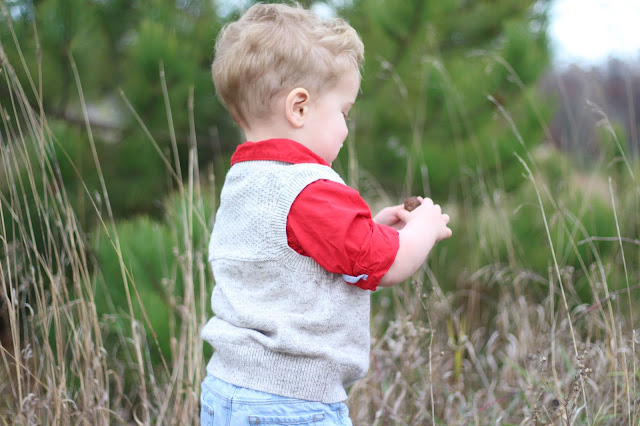 While children grow and change so much throughout all of their stages, I really feel like we are at that precious stage where all that makes him a baby is quickly fading, and before we know it he will be a full blown little boy. So, despite the tantrums, sneaky behavior, and dumping out cereal in the pantry, I am soaking up every second I possible can of his sweet, 18 month of innocence. And those sloppy kisses with an over animated ‘MUAH’ at the end, too. We love you, Linky Doodle! 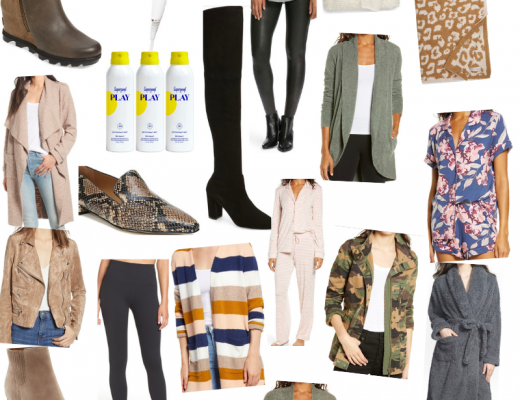 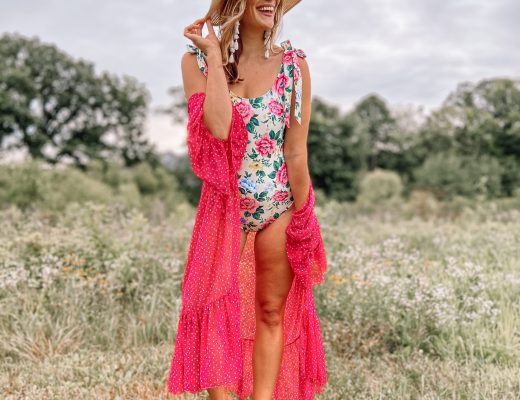