Posted on August 10, 2017
Our sweet Lincoln was 15 months old this past weekend! He is growing so very fast, and seems to be learning new things every single day. I catch myself laughing at almost everything he does. As I type this (at 5am thanks to said 15 month old) he is delicately laying his hand on my laptop, and then shyly smiling. Probably because he knows he isn’t supposed to touch it. But really he is so sweet and funny, a lot of the time it is almost too much to handle! 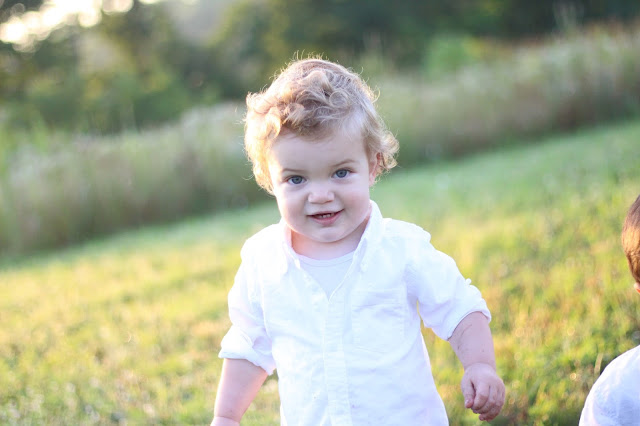 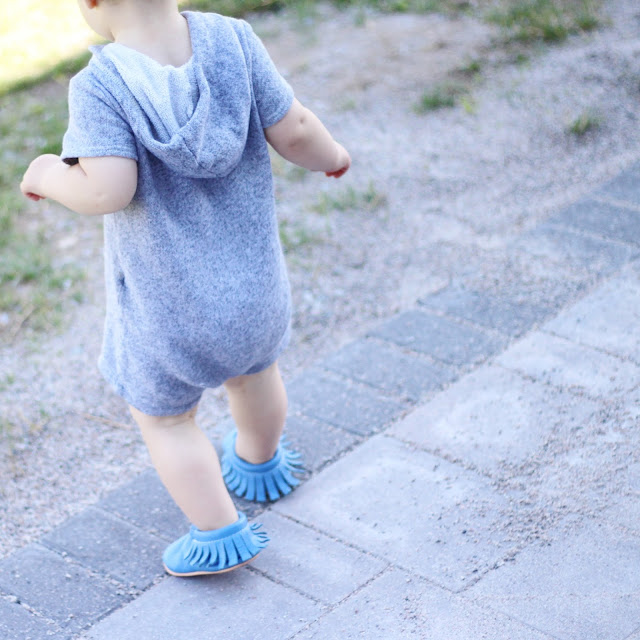 Growth
He is still at the top of the charts for just about everything. He weighs in at 28-29 pounds, putting him at the 98th or above for percentile. He is 34 inches tall, also putting him off the charts, and rounding out his hugeness, he has a head circumference of 20 inches, which is, again, off the charts. He is seriously just growing like a weed, still fitting into 18-24 month clothing, but we are only buying 2T at this point and that is what size most of his summer clothing is! He is wearing size 4 diapers still, but I am thinking the next time I buy them I will go up to the next size just because I prefer they have a bit extra room. He still fits in a size 5 for shoes, but they are getting snug so his newest pair of moccasins are a size 6. 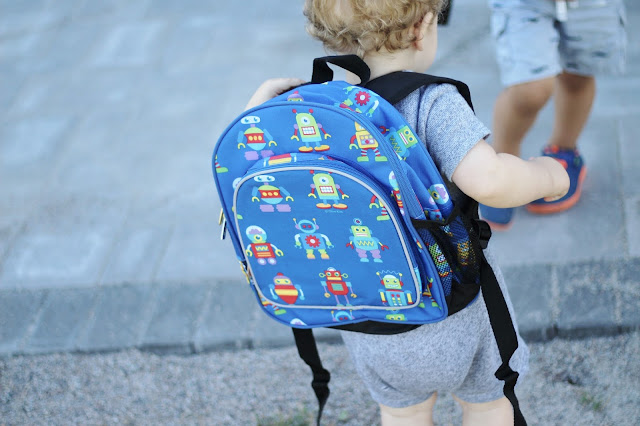 Development
It really has been so interesting to see how different our children have been in terms of development. Lincoln is doing great and continues to learn and try new things every day. He has mastered going up the stairs, and while we usually don’t let him, he knows how to slide down the stairs and would most likely be just fine if left to his own devices. Sorry buddy, our staircase is just a little too tall to set you free on it! He isn’t talking much, but he does have a few words. Mama, dada, and buh-bye, which he loves to say while waving, it is the cutest thing! He babbles all of the time, and has the most adorable jibberish you have EVER heard. We watch videos where we have caught him babbling and just laugh so hard.
He is quickly learning how to ask for things even if he doesn’t have the words to do so yet. If he is hungry, he will walk to the pantry and stand at the door, and if he is thirsty he will bring a sippy cup to the fridge and try to open the door. He has even tried to use the water dispenser, but he isn’t quite tall enough to be successful 😉
He is constantly exploring, and tries to master anything he is able to. He is very good with a fork and spoon, and LOVES to feed himself. He is so independent, and for the most part just hates not being allowed to do things for himself!
He is still our best sleeper. He is taking two naps a day, but I think we are approaching cutting out the morning nap and going down to just one. He goes down at 7pm every night, and even if we put him in his crib wide awake, he will put himself to sleep. A lot of nights, once we walk into his bedroom he will actually lean back and I need to be prepared, we will be quite a ways from his crib but this guy is READY to lay down. He is not our snuggler, but he LOVES his stuffed animals and his blankie. I cover him up and put his animals around his face every night, and he settles in so happy and relaxed. He loves his crib. He did get sick a few weeks ago, and since then has once again started waking up around 4:30-5am which just..NOPE. I am thinking that cutting down to one nap a day may be the solution to this, but we will see. 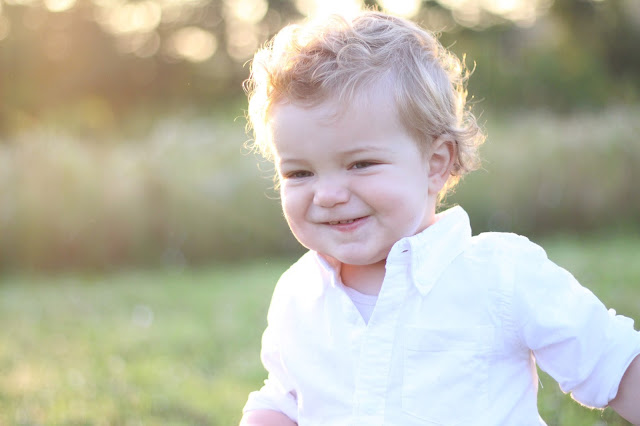 Eating
He is still a good eater, but is definitely developing preferences. He is not the biggest fan of meats. He will eat them, but they are not his favorite. Jackson would eat chicken nuggets and hot dogs all day, but Lincoln will usually have leftovers on his tray and will mostly just pick at these things. He LOVES fruit, just last night at dinner he ate an entire peach by himself, and will eat bananas, blueberries, and raspberries all day. Vegetables are okay by him, but also are not his favorite.
We weaned from nursing right before he turned 13 months, and haven’t looked back. He still takes his milk from a bottle, and has some right away in the morning, after naps, and about half an hour before bed. (And a fun side note, as I typed that he stomped across the room with his bottle of milk and handed it to me. And now he is waving at the characters on the TV. Seriously, he just cracks me up!) He gets water in a sippy cup at his meals. He LOVES water and nothing makes him happier than getting his hands on a water bottle his mom forgot to put away.
Some of his absolute favorite foods include pizza, bread, pretty much all fruits, goldfish crackers, anything sweet, and graham crackers. While he is a good eater, there aren’t that many foods he seems to absolutely LOVE. Unless it is sugar. Give this kid ALL of the sugar. He has our sweet tooth for sure! 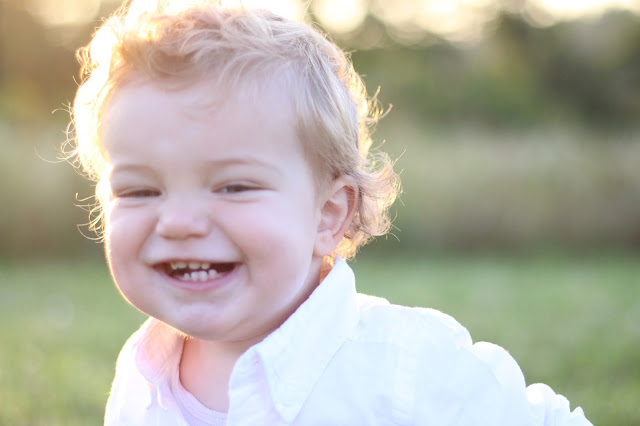 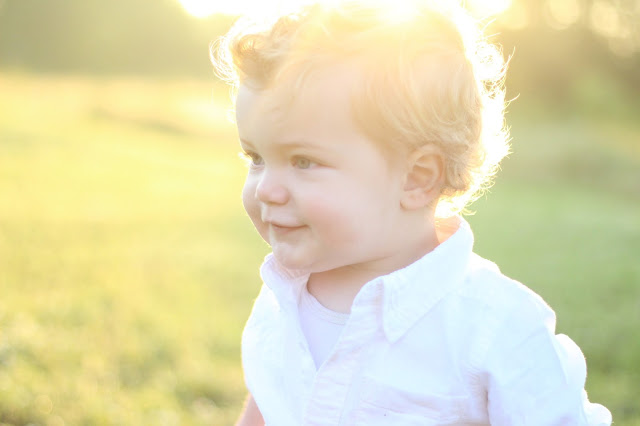 Personality
This little guy is almost too much to handle. From a young age, his dad has called him ‘cheeser’, and the nickname still fits. We often catch him giggling at the most random things. He loves to do little things like click his tongue, and lately has been fake ‘chewing’ while making eye contact with me, thinking he is so funny while doing so. He loves to climb up on you for a snuggle, but it will last about as long as a normal hug, and then he wants to get down and go about his business. He butts heads with his brother, oh by gosh does he butt heads with him. Jackson is really coming into his role as a big brother, but Lincoln is pretty vocal about not wanting to be hugged or kissed if he is not in the mood! They fight over toys constantly, and Lincoln knows how to use his voice if he is not getting his way! He loves Wallykazam and Sesame Street, and is pretty much hypnotized by either. He still does not have much interest in books at all, mostly because I think he just hates to be forced to sit still to listen! He loves to open all of the kitchen cabinets and drawers, and get into every last thing that he knows he isn’t supposed to. He is constantly keeping us on our toes! 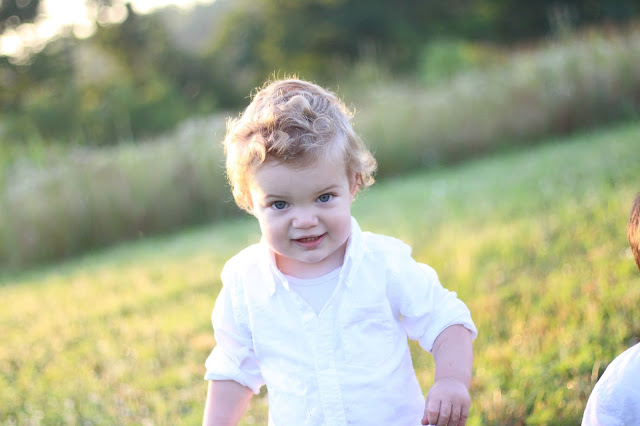 Lincoln, you grow sweeter by the second, and we are having so much fun watching you grow and develop. You are our blonde haired, blue eyed little mischief maker, and we cannot wait to see how much more you grow and learn in the coming months! We love you, boo boo!
Linking up with Julie today!