Posted on June 26, 2017
Another weekend come and gone. I am in absolute disbelief that this was the last weekend of June! I mean, seriously, how is next weekend already July. Time, slow down!
On Friday, Mike had a golf outing planned, so when I picked up the boys from daycare, I decided to veto cooking so we ran to Target to kill some time. We basically browsed the toy aisle, but our daycare pickup time of 4:30ish leaves us with that awkward window where it is a little bit too early for dinner, but it isn’t worth going home for half an hour. So, we browsed 😉 Afterwards, I was planning on grabbing Little Caesars pizza, but when asked if he wanted pizza or chicken nuggets, Jax was alllll about the nugs. So, to Chick Fil’A we went! My mom happened to be in town, so she and my dad swung over to say hi. Both boys love CFA, and we all do, too. It opened in town about nine months ago, and I totally understand the hype now! 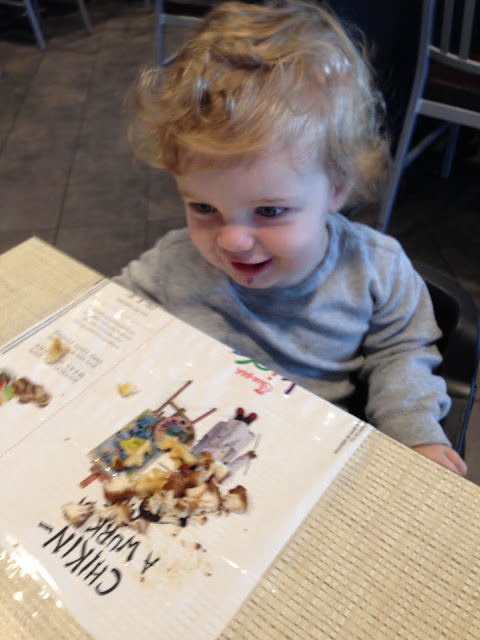 Can I just say these stick on placemats for babies who love to throw plates on the ground are absolutely genius!? 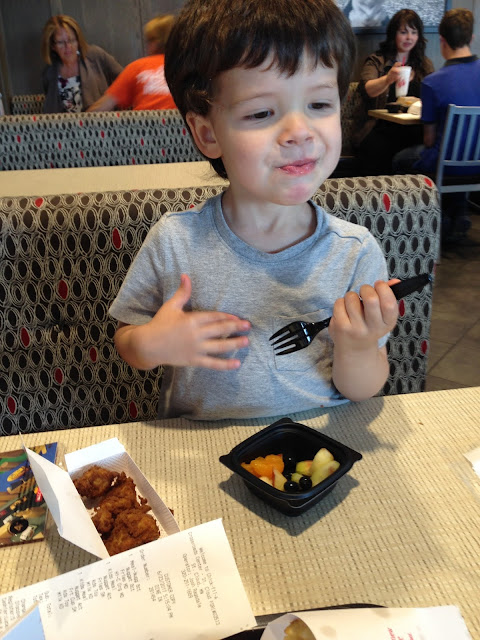 Just a boy and his fruit cup 😉 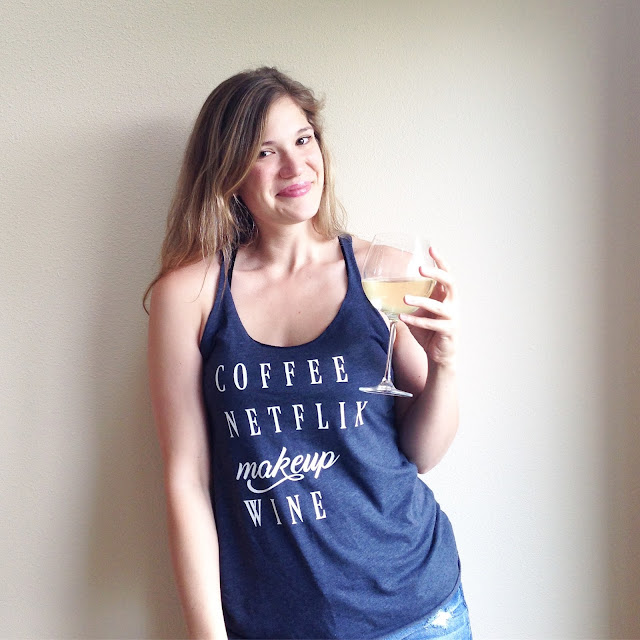 Once we got home, I threw on my favorite new tank, poured a glass of wine, and tended to two rowdy little boys. We watched cartoons, cuddled on the couch, and took it easy!
On Saturday, Mike’s family was butchering chickens, so before they started I brought the boys out to the farm to see the cows and play. We took the ranger out into the pasture with my mother-in-law, so we could see all of the calves. You guys, in nearly eight years with my husband, I had never actually gone off the main farm and out into the pasture, it is so beautiful. It was a cool morning with temps in the upper 50’s, there was that bright morning light, everything was so green..it felt like a scene out of a movie. Sometimes I just love living a bit away from it all.
When it was time to leave the farm, we went back to Target, in large part just to bribe Jackson away. But, he loved those cows, and was having a blast feeding them, so the tantrum of the century followed. I finally got him calmed down with a bribe of a donut, and he crashed in the car on the drive home!
After naps and a late lunch, we dropped the boys off with my in-laws, and Mike and I ran some errands and had dinner at Buffalo Wild Wings. We picked up a new pool for the boys to use next weekend, and some wind chimes. If I didn’t love our yard before, sitting out and listening to those chimes may just be my new favorite thing! Once we got home and put the boys to bed, we finally watched the new Beauty and the Beast. It was so good, and I definitely had all the feels in the final scenes. It was so beautifully done, I thought it was amazing!
On Sunday, we ran to the grocery store as a family, and then spent a lazy morning and early afternoon at home. Once we got Jackson down for a nap, I headed out to the final bridal shower for my brother’s fiancé! It was hosted by my aunts, so it was fun to catch up with everyone! Of course, I didn’t manage to snap a single picture, I may have been too busy eating desserts and chatting 😉 I cannot believe we are already through the final shower. Only a month to go until their wedding!
Once I got home, we had pizza, were super lazy, and once the boys went to bed Mike and I watched Fear The Walking Dead. We are ready to dive into this week, we both have Friday off and then are on a long weekend through the 4th!
Happy Monday everyone, may it be quick and filled with lots of coffee 😉

Linking up with Biana today