Sometimes, I look back over the past few years of my life and get overwhelmed. Our timeline goes something like this:

October of 2013: Got married
December of 2013: Found out we were expecting
January of 2014: Began graduate school while still working full time (and super sick with my pregnancy)
August of 2014: Welcomed home sweet Jackson
May of 2015: Put our house on the market
September of 2015: Sold our house, found out we were expecting baby number 2, and moved in with my in-laws
December of 2015: Graduated from grad school
April of 2016: Began building our house
May of 2016: Brought home Lincoln
The entire summer of 2017: Worked on the new house, packed things up, applied/interviewed for new jobs, and dealt with a colicky and difficult new baby while adjusting our toddler to being a big brother
August of 2016: Started a new job upon return from maternity leave, celebrated Jackson turning two, and FINALLY moved into our new house
June of 2017: ended breastfeeding with Lincoln I love this photo. We all look so happy. But in reality, at this stage Lincoln was incredibly colicky, I was waking up with kids 4-5 times per night, and I was struggling to keep the show going every single day.
That may seem like a bit of a novel, but the moral of the details above is that, from December of 2013, my body has not been my own. Once becoming pregnant, everything you do and every decision you make surrounds what is best for the baby. That mindset continues afterwards for those of us who breastfeed, because our diets, schedules, abilities to consume alcohol..they all revolve around when baby needs to eat and how those decisions affect their bodies.
I weaned Jackson on his first birthday, and found out I was pregnant with Lincoln exactly one month later. So, my body had roughly a three week window where I wasn’t nourishing a child in some respect. I literally have not had my body to myself in three and a half years. And that, my friends, is a long time.
I really have never thought too much about this or the effect it may be taking on me. I loved breastfeeding both of my babies. It was a special bond, a time to escape from the crazy and be alone with them. Dare I say, once we got the hang of it, it even became a relaxing experience, one where I was able to tell Mike I was going in another room to feed Lincoln and I would soak in the peace and quiet for twenty minutes. I have felt blessed and lucky with my pregnancies and post baby experiences, and never thought much more than that.
And then it happened. I quit nursing Lincoln. I could tell I had some hormonal changes happen when my body stopped producing milk, almost immediately. My skin got worse (that pregnancy glow and its after effects is real!) I put on a few pounds, because my body wasn’t burning hundreds a day for feeding, which is one of the harder things to deal with. But, more than anything, I felt like a fog lifted and I could see clearly.
I never once considered if I ever dealt with postpartum depression, because I never really felt depressed. And I don’t know, even now, if I would say that I did. But, almost instantaneously with ending my breastfeeding journey, I felt more alert, more playful, more appreciative of the smallest things, like a sunny day or a sentimental song. I have more energy, and don’t feel like I need to go to bed at 8pm to function. I feel a spark with my husband, who *deep breaths*, I have always loved with my whole heart, but over the past year in particular, has been placed on the backburner more than he deserves as I try to just keep my head above water. I am not a perfect wife, and it can be hard to acknowledge that, while it was easy to blame tough days on my husband, I often wasn’t doing my part in ensuring he was being cared for as he rightfully deserved. It is a hard thing, to make an effort to make another person feel happy and special, when you yourself are struggling to find your own happiness and balance. Most days, this past year in particular, I would crawl in bed craving solitude, wanting to drift to sleep as fast as possible after being touched and tested by my children all day long. I have experienced plenty of happiness, don’t get me wrong, but it was easy to get overwhelmed in our daily lives and let those feelings control me and keep me from finding joy in the little things.
Those feelings have changed so much since quitting breastfeeding that they almost feel drastic. I find myself thinking about my husband and smiling over something he said or how he looked so handsome playing with our children. Heck, I even feel flirtatious and like I did when we were dating, cracking jokes (poorly, I might add) and playing silly games at home. I finally feel like there is enough of me left to take care of myself, and my relationship with Mike, too. 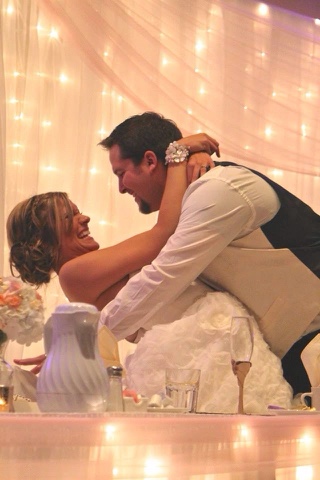 Mostly throwing this one in because I don’t know if I will ever love a photo of the two of us more than this one.
﻿
I suppose all of this is to say that, if you feel like you are in a fog with small children, that you are just going through the motions, know that you are not the only one. I was seeing my life through clouded glass for the past year, but in the moment I didn’t realize it. I feel more alive with a zest for life that I was unaware was missing. For the first time in a long time, I am feeling like me. I still get sad. I still get annoyed and frustrated. But at the end of the day, I feel so much more capable of getting past those emotions and not letting them consume me. I would take the same path with my children that I did a million times over, but it feels good to recognize that how I was feeling was not long term, and to put some sort of an explanation to those days where I felt like a zombie just moving forward on autopilot. Even if on the exterior it looks like a person has it all together, we all have our own internal battles that we are fighting. And it feels so good to know I have come out on the other side of this one, now matter how small it may have been.
Mothers, remember to always take care of yourself, and to know that you should experience happiness, sadness, and even anger, to their fullest extent. Because that is what really living is. Love your babies, love their fathers, and love yourself. And know that you deserve the world.

What I Wish Everyone Knew About Being A Boy Mom 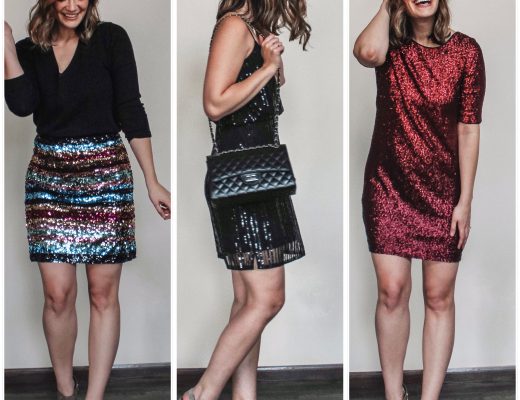 Your Guide To Sparkly Outfits For Christmas and New Years Eve! 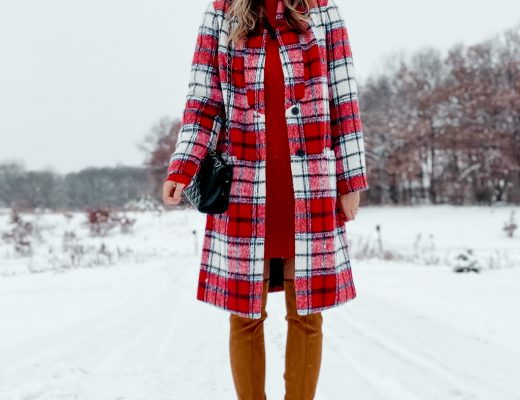 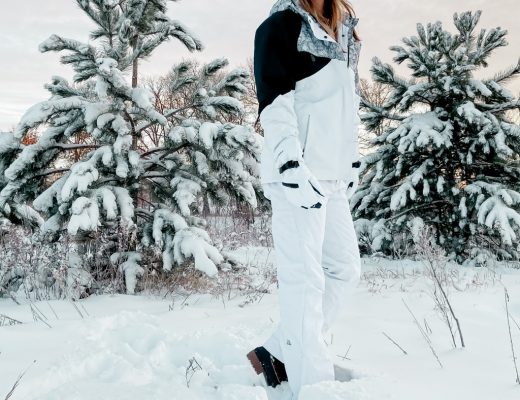