Posted on April 4, 2017
Welcome to the first week of ‘Tuesday Outtakes’! On the first Tuesday of every month, link up with Danielle and I as we share the outtakes of the previous month. Share some pictures, share a story, whatever didn’t quite make the cut. Because those are often the best stories anyway! 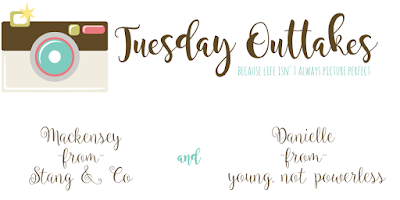 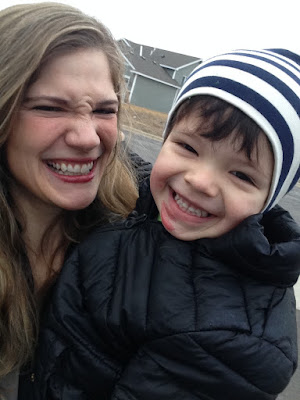 We were taking selfies, and he managed to get my lipstick all over his chin. Fortunately he doesn’t seem to mind! 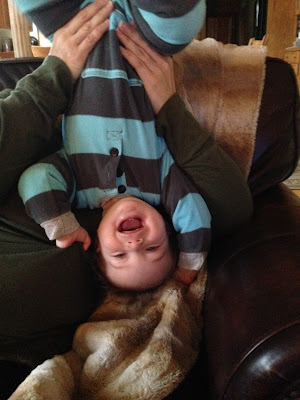 One of Lincoln’s favorite things is to hang out upside down. He thinks it is so fun and hangs his mouth open wide every single time. I couldn’t resist snapping this sweet photo. What a little ham! 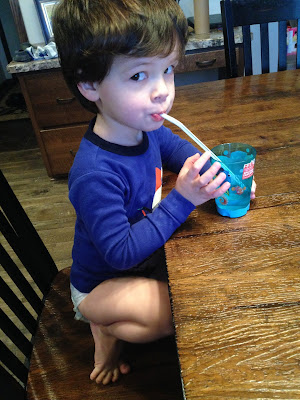 We have struggled getting Jackson to drink out of an open cup. For the most part, he has just outright refused for the past few months. I decided to give it a try to give him an open cup with a straw. He complied and drank his water, but not without throwing me a little side eye. 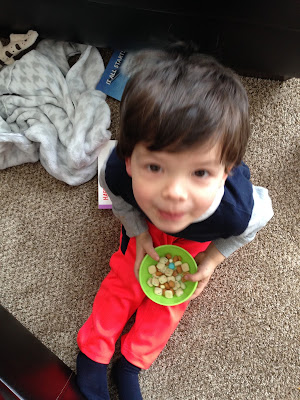 This kid loves his snacks. If we would let him, he would live off of snacks and totally skip meals and not mind one bit. This trail mix is already out of stock at Target as it was seasonal, but it was called ‘bunny bait’, which I started calling ‘bunny crunch’. Jackson now loves to ask for his ‘bunny bunch’, and it is so darn cute! 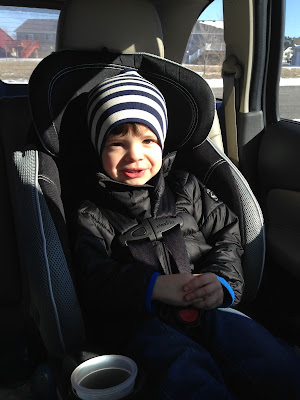 He is just so darn cute sitting in the backseat. What a guy. 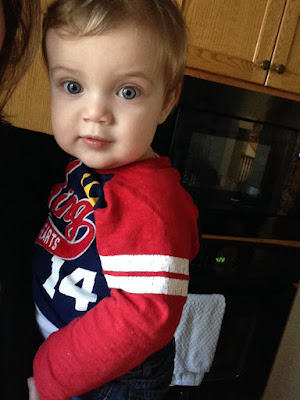 This stare. I don’t know many kids that can throw down a stone faced stare better than Lincoln can. And those baby blues are sticking around I think. If someone can tell me how I ended up with a blonde haired, blue eyed kiddo, that would be great! 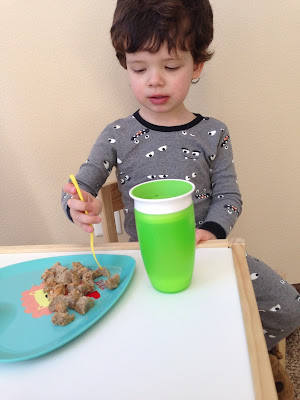 Earlier in the month, Jackson randomly got sick at daycare and so I had to pick him up and spend the day at home with him. We had a picnic in the living room of meatballs and some fruit that he had already cleared off of the plate. Two bouts of sickness and he was back to 100% by lunch time. 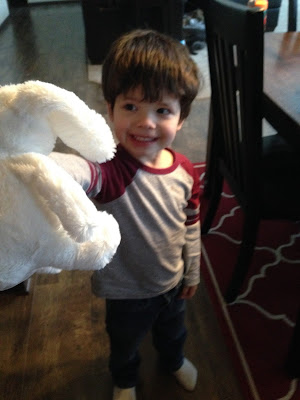 Showing off his bunny. I stole that bunny back and it is going in his Easter basket. SHHH, don’t tell! 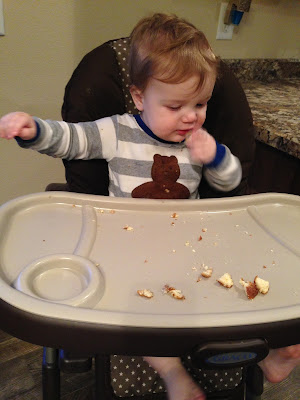 I picked up donut holes the other weekend, and Lincoln ate SO many. I had to cut him off. Kid loves to eat. 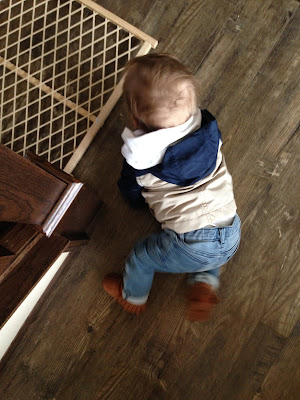 The kid also loves to climb the stairs. His brother likes to knock down the baby gate giving him access that I am unaware of. Ask me how quickly my heart starts racing when I realize my baby is up half a flight of stairs! 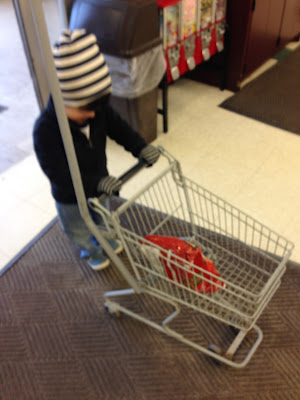 Grocery shopping with his own personal cart and doritos. Of note, he tried to fill his ENTIRE cart with doritos, but I limited it to the one bag 😉 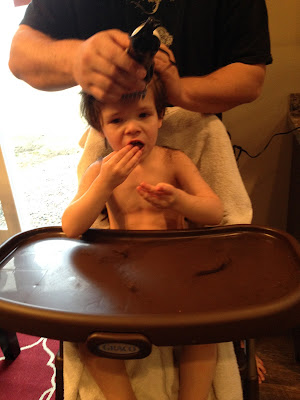 And last but not least, we buzzed Jackson’s hair this month! It is SO thick and I was reaching the point of not knowing what to do with it. Washing it was so much work! He hates haircuts so much, but we need to start doing them more consistently because his hair grows so fast. He is not crying in this picture because we bribed him with chocolate. Whatever it takes, right?!
I can’t wait to see all of your outtakes-I just love getting a glimpse into what ‘real life’ looks like for everyone!
Also linking up for Tuesday Talk today!