Posted on March 9, 2017
I don’t know why, but 2 and a half hit me hard. I think that to me, a two year old is still a baby, and so at that last birthday, he was still wearing diapers (okay, he still is now too), didn’t talk much, and was still just so much my baby. And now, as we hit that marker that puts us closer to age three than two, it hurts my heart a little bit. I mean, three year olds are starting things like preschool screening. They have real opinions and conversations. Those chubby baby cheeks are all but gone. Can I just keep my baby forever? I know I can’t. And while how quickly time flies has really hit me lately, I am so in love with the little man that Jackson is becoming. He is becoming more independent every single day, and has so much love to give. He also has shoves and pushes to give if you cross him 😉 He is truly becoming such a little boy, and we are so proud of how far he has come. 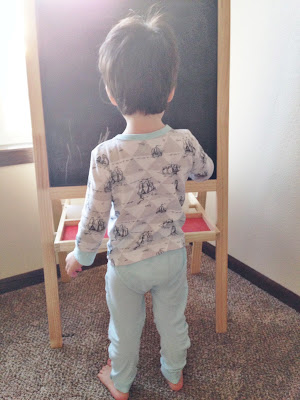 Speech
Of course, one of the biggest areas of accomplishment for us continues to be Jackson’s speech. He is still doing speech therapy about once a month, but he says so much now! He will repeat just about everything that he hears, and get so excited when he figures new words out. He is a little sponge, and loves to go through his books and identify every single object on the page for us. He pretty consistently speaks in 3-4 word sentences, and is really starting to establish the concept of ownership in his words. For example, in the past few weeks whenever I pick him up from daycare, any child in his presence gets an icy stare as he proclaims, “no no, MINE mommy”. Glad to know he doesn’t want to share me 😉 He will tell his brother ‘no no Lincoln, Seeson’s (aka Jackson’s) cup’, ‘no no Lincoln, mine toy’. Basically everything is ‘no no, Lincoln’. My poor second child, already being bossed around by his big brother.
His vocabulary really changes every day, so I love to document favorite things he has been saying at this stage.
“Thank you” – he says thank you unprompted, and it is just the sweetest, most heart melting thing I have ever heard. To give him things like water or a treat, or help him take off his coat and have him look up at me with a ‘thank you, mommy’. Just about cry even thinking about it.
“See-son” – this is how he says Jackson, and I secretly hope he never corrects himself. It is so darn cute.
“Duck go potty” – from his new book about potty training.
“Big duck now” – also from his book. It is just so precious how he reads it to himself. He pronounces every word so clearly, and leaves a pause between each one. He is so proud when he says it.
“NO mo beepers” – no more diapers. He got this from the book, as well. Now if only he would apply this concept 😉
“ABERT MOAR” – Albert the bear, his Valentine’s gift.
“YEAH BABY” – pretty self explanatory. And I don’t think it will ever stop being adorable.
“Pizza NOW” – Grandma taught him this one, and he thinks it is hilarious.
“New ha-seat” – new carseat, which he got about a month ago and he is still pretty darn thrilled about.
“Inky Hinky” – Stinky Linky. Lincoln’s nickname. Again, I apologize to you, second child.
“boo-boo-ber-hies” – blueberries, which have been one of his favorites from day one!
“niahouse” – he started off by calling his grandma’s ‘nia’, so we would say it was time to go to grandma’s house, and he evolved to putting both words together so that his loving grandma’s are just called ‘niahouse’.
Asking ‘how big are you’ expecting to be asked in return, to which he replies ‘so big!’ He picked this up when we play that game with Lincoln, but he is so sweet when he says it. Melt my heart.
“In-kin” -Lincoln. He really is getting better and better at saying his brother’s name! 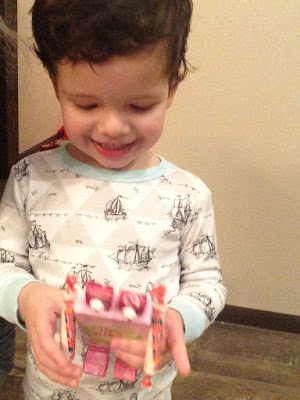 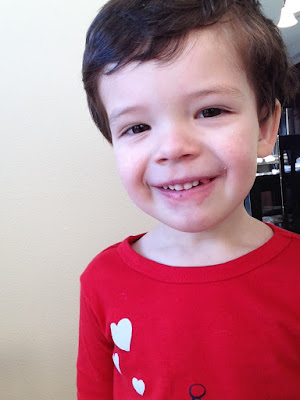 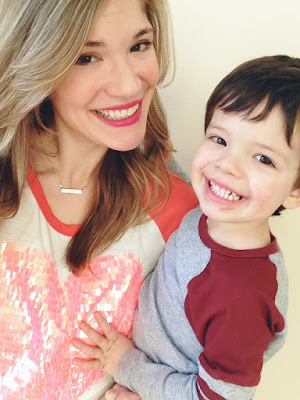 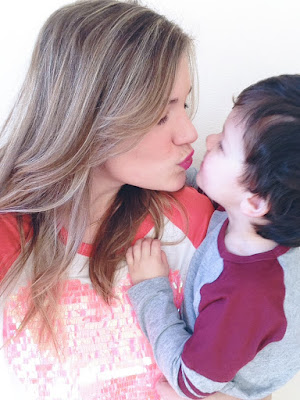 Milestones
We are working with Jackson on taking the steps to pick up ‘big boy’ habits. He is not potty trained yet, however he has started sitting on the potty chair pretty consistently, and has gone in it! He is not fully comfortable but I know we are not too far off from the process. Fingers crossed by age three we are done with diapers! I do not think he is going to be one of those kids that is motivated to train himself, so I anticipate a good amount of bribery and commitment is going to be required!
Lincoln outgrew his infant carrier carseat, and after figuring out our options, it ended up making the most sense to move Lincoln into Jackson’s convertible seat and to buy a combination chair for Jackson. He will be able to use this through the end, and as it doesn’t have the ability to be rear facing, it is much more sleek and lightweight. He LOVES his new carseat, and thinks it is just the coolest thing ever.
He has really progressed with eating too, and we are finally able to give him food that isn’t cut up into tiny pieces. Which saves time for us and makes him think he is so big. We have probably been over cautious, but we have taken our sweet time giving him whole chicken nuggets or sandwiches that aren’t cut up. But he loves eating whole foods! This now means that he will totally melt down if he is given half of a cookie. Or if we tear off a piece of our sandwich for him. And last week, Mike stirred his cereal into his milk and the world practically ended. He is getting more and more independent, and is quick to remind us of it!
For little things, he has started to dance, and when a good beat comes on he will announce ‘DANCING’ and will get up and shake his little tush. Of course, his dance moves are more along the lines of quickly stepping and flapping his hands, but it is cute nonetheless. There is an episode of the office where they start off doing a lip sync to the song Nobody But Me and whenever we play it he gets so excited and sings ‘NO NO NO NO NO’ and gets right to dancing. Unless others are watching, he gets pretty timid to perform in front of people!
They aren’t lying when they call them the terrible two’s. Despite his fierce sweetness, he also has a fierce temper. We are working on not hitting and pushing when things don’t go his way, and timeouts happen pretty regularly lately. He will often thrown himself onto the floor in hysterics over the littlest things, like say, breaking a cookie in half. Oh the horror! To really try to get us, he will go over to something on a table, look at us with a stern face, and slowly push the item to the floor. It’s frustrating, but it is also so darn funny and we often catch ourselves trying not to laugh during his little outbursts. Despite the hard times that go along with this phase, he is also quick to cuddle, give a kiss, and go about his way afterwards.
Favorite Things
All winter, it was all about snowmen. He still loves them, but the obsession has subsided a bit. He loves to ask us to draw snowmen for him, especially on his magnetic drawing board. Draw snowman, erase snowman, repeat. And when it isn’t a snowman, it is a robot. He has robot pajamas, and a collection of robot plates from the Target dollar spot that I stocked up on during Valentine’s Day. And they are the only plates he will eat off of (thank goodness I got more than one!)
His most recent obsession is without question Toy Story. It started with my parents buying him a Mr. Potato Head, and since then he has received all three Toy Story movies, a pair of Buzz Lightyear pajamas, and may or may not have a Buzz action figure coming his way soon 😉 One of his first requests every morning is ‘Toy Story oovie!?’. Which is why we bought all three. After about the tenth time of watching the original daddy was about to lose his marbles!
He has really started to interact with Lincoln more lately. He loves to request for Lincoln to sit next to him on the couch. He will put his arm around Lincoln’s shoulders and cuddle in for a movie. It is the sweetest thing. He also loves to encourage him to crawl up the stairs after him, despite mom asking him not to. He has even been caught sharing toys with him, of course he is also quick to steal those toys back, but it is progress. One of his favorite things to do is match his little brother. They don’t have too many matching outfits, but there are a few t-shirts and pairs of pajamas. And if Lincoln is wearing his snowman jammies, you better believe Jackson wants to wear his. He gets so excited he can barely contain himself when I dress Lincoln in a t-shirt and then tell him he gets to wear the same one. Sweet boy.
Time is moving all too fast, but every day with Jackson is truly a new adventure. He is such a little sponge, repeating everything we say, following us around, and developing such an independent personality. He is the greatest joy to have around, and for the most part is the happiest, most cheerful little boy. We are so lucky to call him ours. Now stop growing, please!
Linking up with Annie today.

A Little Bit Of Life Lately