It has been a while since I posted a good old ‘fess sesh. Which is such a bummer, because some of my absolute favorite posts to write are mind dumps. So much is constantly going on, I love nothing better than getting a little bit off of my chest!

I hate brushing my toddler’s teeth. Like, HATE it. At least half of the time, he outright refuses to participate. If he is in the mood, he repeatedly asks for more toothpaste because he wants to eat it, and maybe, just maybe, with a little bit of force and crying, a few of those pearly whites get brushed. I hate it!

On a similar note, I also really do not like bath time! We have never given our kids daily baths, in part because living in Minnesota, their dry baby skin really does not need it. When we have those ‘off’ nights, the nights that the inevitable baths must happen feel cut short, and it just feels like work. This could be due to the fact that Lincoln screamed bloody murder for every single bath he had for the first six months of his life. During that time, not only did I dread bath time, but I truly feared it He loves it now (go figure), but I just do not have any fuzzy feelings around that little hygiene ritual.

January is far and away my least favorite month out of the year. February is also brutally cold, but at least it only has 28 days and March is right around the corner. March usually has tons of snow, but there are a few warm days mixed in there as a preview to spring. But January? Cold. Snow. So little sunlight. And no end in sight. I have been burning candles non stop and am decorating my mantle for Valentine’s Day this week #sorrynotsorry just to help pull me through. Minnesota winters. They are not for the faint of heart.

I majorly fell off the wagon with my eating over the past six months or so. I dropped the baby weight, and with nursing just didn’t feel the need to be very conscious of my eating. But even though I dropped the weight, I have just feel ‘blegh’. I am hopeful to get back into working out when life allows me to, but in the meantime like every other person on the planet I used January 1st as an opportunity to eat better. I have chosen to not get Chick Fil A for lunch, have not ordered a coffee that wasn’t black, and have eaten a good amount of veggies. And while three days is not much, I seriously feel SO much better already. I may be crazy, but I feel like in a matter of a few days my body has already gotten rid of so many toxins and junk.

The hardest part of eating healthy is pizza. Pizza is everything, and I will probably never fully quit it.

I want to start a boutique. I would love to have a small shop, sell fun fashion finds, and manage the inventory. But alas, I have a full time job that supports my family well, a new house to think about, and somehow I don’t think it would be the best call to throw in the towel and invest in a new project. If I ever find a money tree though, I will totally quit my day job and pursue being a shop owner.

While I am watching my food and what I drink in things like coffee, when I do decide to treat myself, the salted caramel boudino from Caribou Coffee is the best. drink. ever. It is so ridiculously delicious, I could drink them every single day.

Christmas may be 11 months away, but my boys already have three pairs of jammies for next year. I am sure I will grab a new pair when next season rolls around, but I got them some from The Gap, originally nearly $50, and with discounts and my rewards they were only $10 a piece!

Linking up with Annie today!

A Reminder To Us All 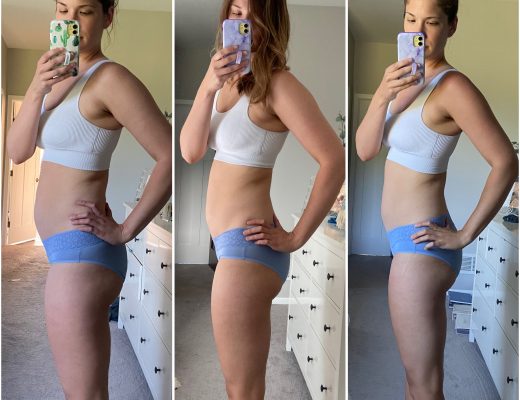