Posted on October 10, 2016
This little turkey is five months old! And getting busier by the minute. While I wouldn’t say he is any less demanding, he is certainly becoming fun entertainment and one smiley little guy. His baby babbles are coming out in full force, and slowly but surely him and his big brother are starting to become buddies! He has grown so much in this past month, I can’t wait to see what month six has in store for us! 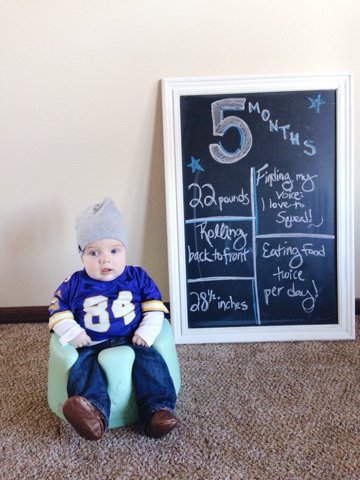 Wearing his jersey for his 5 month update, in honor of the Vikes going 5-0 yesterday!! 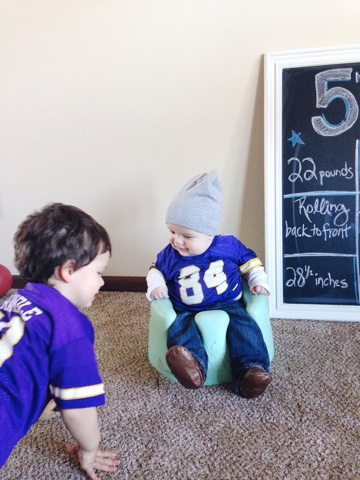 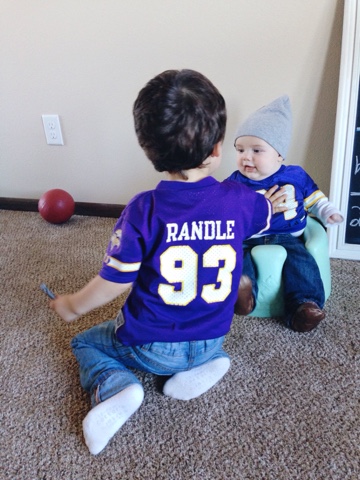 The days with this boy keep getting sweeter as his personality blossoms and those tough baby days become a bit less frequent. He is a determined, hard-headed little guy, it is clear to everyone who knows him already. It is a joy to watch him work so hard to reach his milestones and grow big and strong. He is a precious soul, and we are so lucky that he is ours!