Posted on September 8, 2016
Another month, another chalkboard. Pretty sure I am going to blink and it will be his first birthday. This little boy has changed SO much in the past month, and most of the changes have been very welcome! If you can’t tell by the picture, he is becoming one happy, smiley little guy. And please excuse the sloppy chalkboard. His big brother is obsessed with coloring lately, and decided to decorate the chalkboard with crayon. In case you were wondering, chalk does NOT go on well over crayon. Hoping this is something my magic eraser can fix! 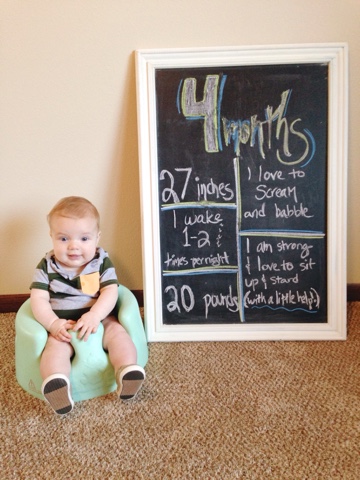