Posted on August 25, 2016
It’s Thursday, and that means that it is time for some confessions with Danielle! Also joining Annie for Thoughts on Thursday.
I confess..
The other night we FINALLY had our shower door installed, but we couldn’t use it until the following morning once the door was set. So our only option was to take a bath. I turned the hot water all the way up, thinking it would offset the cold water from the first minute or so before the hot water kicked in. Well I was smart and didn’t check it after a few minutes, so I had a tub nearly filled with chilly, semi-lukewarm water. So while this picture may look relaxing, it was not the most pleasant of baths. #youcantwinthemall 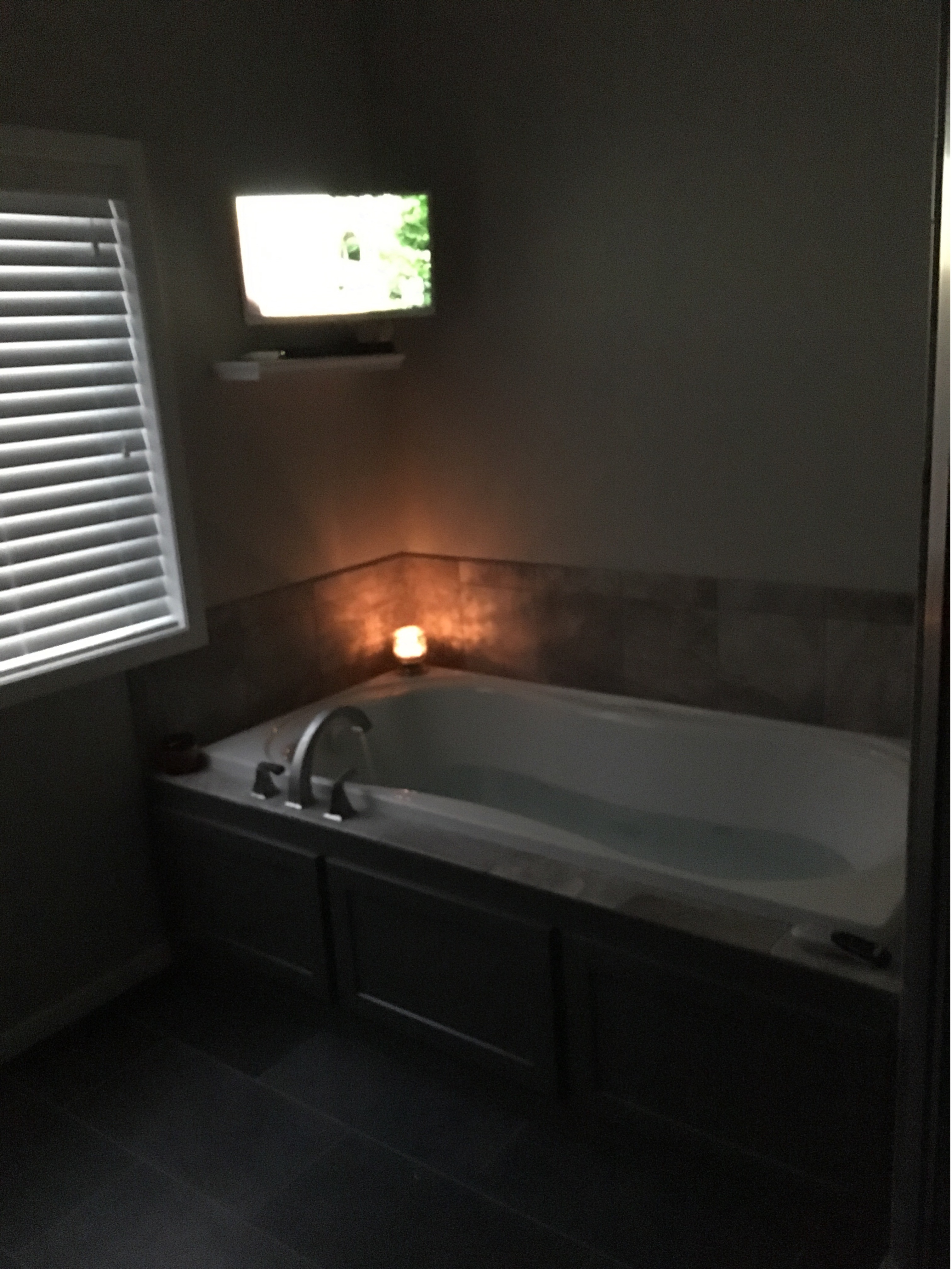 I entered all of my family members in birthday contests on some local radio stations, and my brother’s birthday was on Sunday and he won! I got this in the mail yesterday, and definitely debated keeping it for myself because, hello, free pizza. But I instead texted him a picture and dropped it off for him this morning, and I’m pretty sure it made his day. Best sister ever award!﻿ 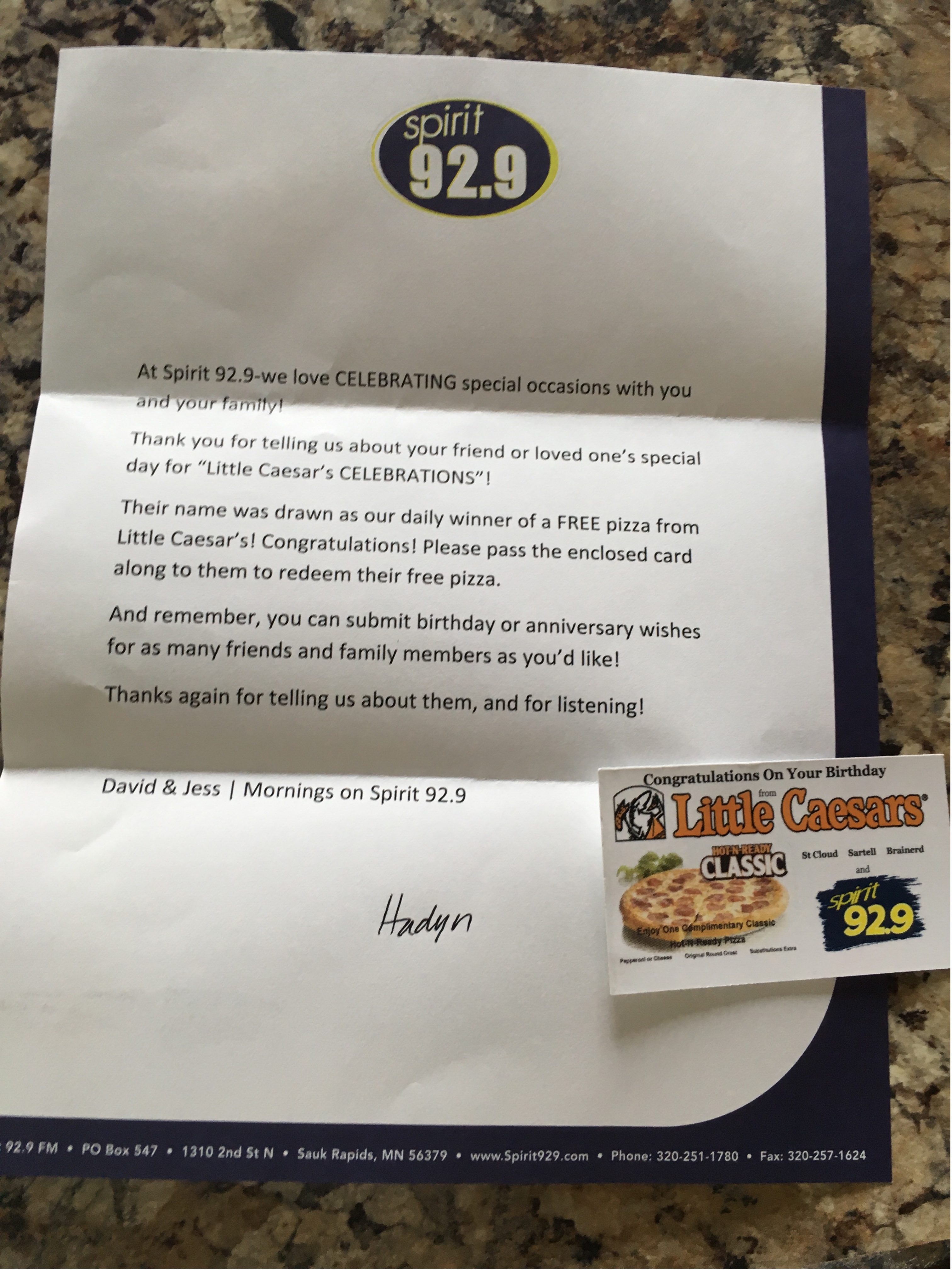 We had every intention of moving Lincoln into a crib in his own room as soon as we moved into our new house, but then Jackson miraculously started sleeping through the night most nights. And we are terrified to mess that up so Lincoln continues to hang out in our room in his bassinet.
Even once Jackson gets a bit more settled, I am terrified to move Lincoln because he was up four times last night and nursing him in bed is just a heck of a lot easier than climbing a huge flight of stairs four times.
I received an e-mail that as a perks member at Caribou coffee, I have early access starting NOW for pumpkin spice lattes. But I just don’t know if I am ready yet. I am so excited for fall, but is it seriously already PSL season? Where did summer go?
I am still holding out for the Ikea Hemnes dresser, because I just can’t find anything else that I like as much. So we are just going to live out of laundry baskets of baby clothes until it is finally restocked. Needless to say, the baby’s room looks pretty darn bare.
I finally downloaded Snapchat, and am super amused by the filters. But I faceswapped Lincoln yesterday, and for whatever reason all I see when I look at him is Michael Jackson! Tell me I’m not crazy? #mjforlife #scary #yikes﻿ 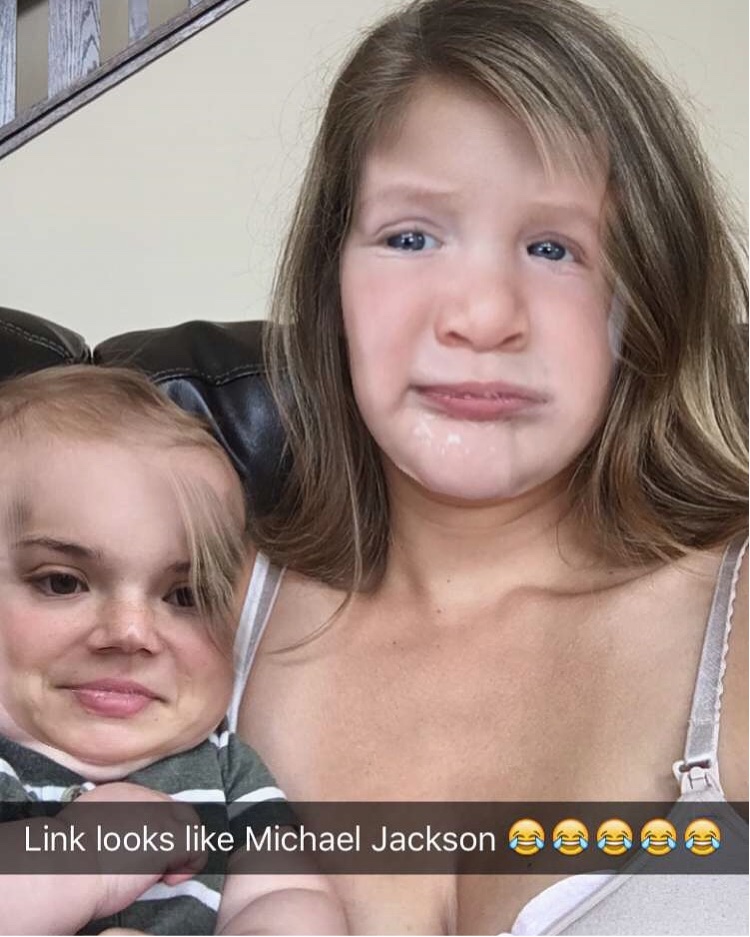 That’s all for me today. Happy Friday Eve!﻿