I am going to start this off by being honest and saying I had zero intentions of doing a chalkboard for Jackson at age two. I did them monthly up through twelve months, and then progressed to updates every few months, but had let the chalkboard go. However, one day recently as I was working on a three month board for Lincoln, Mike asked when I was doing one for Jackson. To which I probably gave him a blank stare. Another chalkboard? Huh? And wouldn’t you know, the father of my children enjoys these little posts and was a little upset that I didn’t have a birthday board planned for our Jackson. So, although it isn’t right on his birthday, I decided I could manage a once-a-year chalkboard for my babies beyond the age of one. As long as they will agree to them, that is! 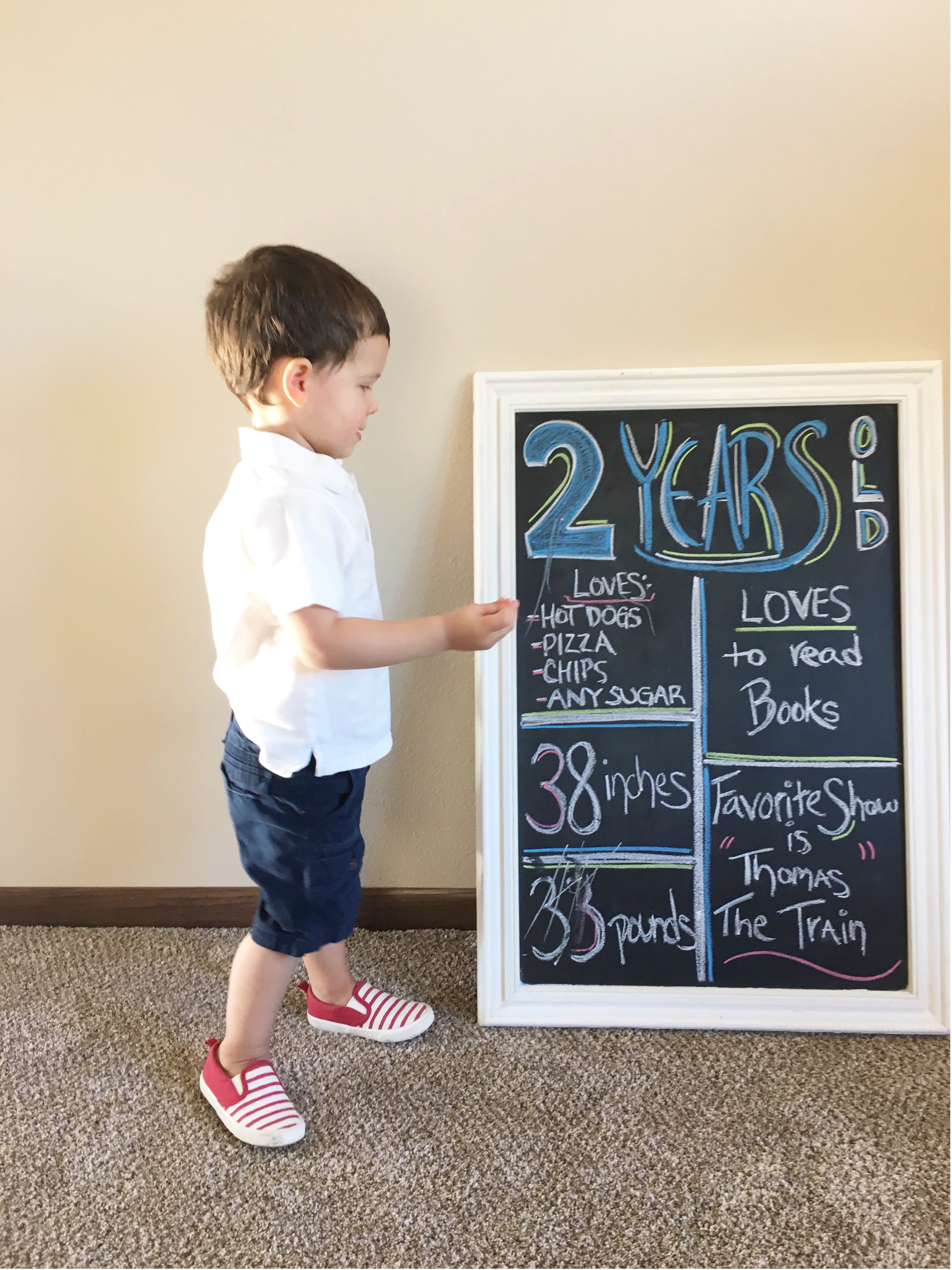 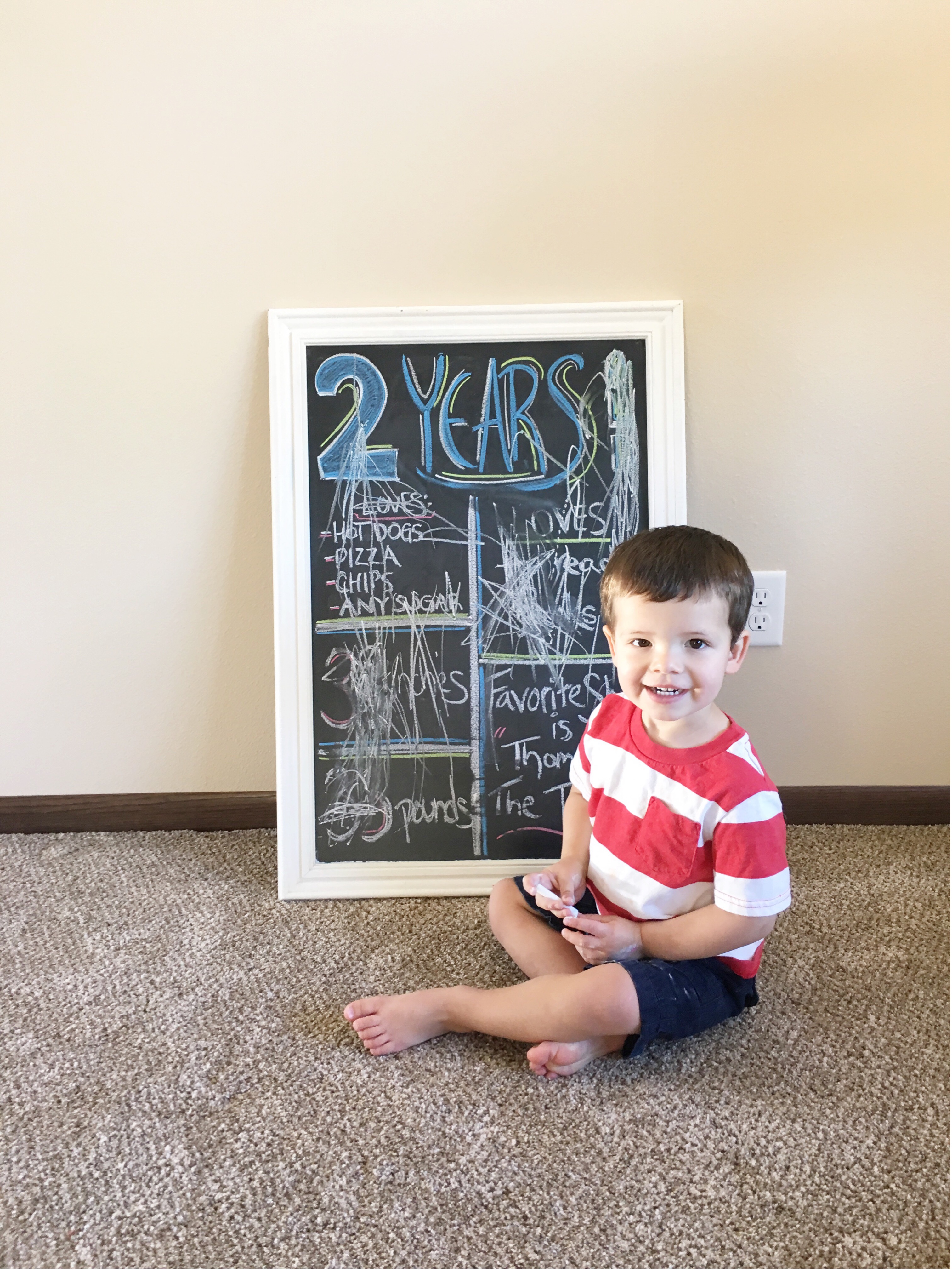 Here you see the evidence of why I have let the chalkboards go. Fingers crossed that by age 3 he is more willing to pose for a picture without demanding a piece of chalk!
Age: Two Years
Height: 38 inches. Per the old wives tale, this would put him at 6’4 full grown. Tall, dark, and handsome little guy that we have! He is wearing size 3T for shorts and pants and shirts, but we have moved onto buying 4T pajamas and shirts as we move forward. He wears a size 8 shoe, but I anticipate we will be moving onto a 9 sooner rather than later. He is in size 5 diapers, but we are working through our remaining stock and will then likely be wearing 6’s, he is so long that the 5’s are starting to seem a bit small!

Some days I cannot believe our little baby is already two years old, and some days I feel like he has been two forever. He is the sweetest little boy, and we just cannot get enough of him. He smiles nonstop, and it is contagious. He is hard to stay mad at, because he knows just how to melt your heart. We love you so much, Jackson, and can’t wait to continue watching you grow!