Another week, another Thursday. Nothing beats when Thursday rolls around. While Friday will always be my favorite day of the week, I love Thursdays, especially Thursday night, when you know you basically survived the week and can coast through one more day before a whole weekend of relaxation is before you! Of course, with the work week comes annoyances, funnies, and lots of random, so it is the perfect day to confess with my girls Caitlin and Jess. 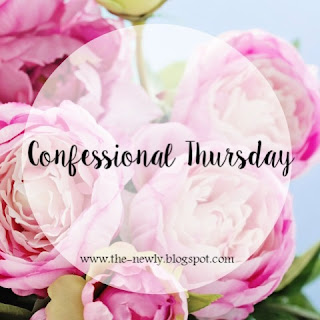 I never knew how gross reflux was until I became seven months pregnant and eating a moderately sized dinner and then laying down would result in food coming back up. I am now becoming afraid to eat because I know there could be potential consequences.

Despite the reflux, and general badness of it all, I have been enjoying Diet Pepsi and just don’t care. While I truly want what is best for my baby, we have so many things going on lately that if a cool, crisp, bubbly drink is what I’m craving..I’m going for it. I don’t see this one changing throughout the remainder of my pregnancy.

I totally break dress code for work. My dresses are probably an inch or two too short, I have been rocking leggings, and some of my shoes are dangerously casual. And I’m preggo. Who is going to tell the pregnant lady she has to go home and change? No one.

My husband’s snoring is out of control lately. I have debated waking him up and asking that he move to the couch on multiple occasions. And a few times, I have possibly kicked and woken him enough that he voluntarily has moved. Hey, I would move myself but this pregnant lady’s back just can’t handle the couch or floor. All I know is the man may need to invest in some nasal strips.

Speaking of my husband, for reasons I cannot begin to understand, he is growing out his hair. He is so handsome with a nice short cut, but the more I tell him I hate his hair, the more likely he will be to never cut it. Stubborn. Since the man is apparently only capable of giving me sons and not daughters, I at least now have someone to practice my hair braiding skills on. 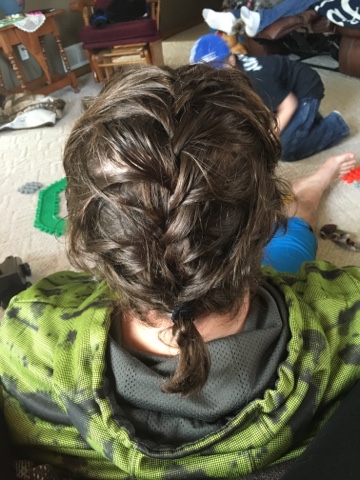 This weekend, the hubs and I ashamedly both admitted we are digging the new music by Justin Bieber. It is kind of like Taylor Swift’s music..resist as I might, I find myself stopping on a station and telling my car to go love itself whenever his new song comes on. Props to the guy on winning over the biggest anti-beliebers on the planet.

I bought Jackson an Easter outfit. And then I saw a picture of the cutest outfit EVER on Gap Factory and got my code for an additional 40% off of everything this weekend. So I obviously bought it. But I am rational enough to know he doesn’t need fifty dress shirts so I will be returning the original outfit.

I also bought myself t-shirt dresses when buying said outfit. I have a problem.

I justify my clothing purchases by reminding myself I have stopped eating out at lunch during the work day, and that dress was only $8.99 which is what lunch would cost me anyway. And if I can wear it to work, it automatically becomes a more legitimate expense. Right?…

With that, I am off to stare at the clock while impatiently awaiting the arrival of Friday afternoon.