And just like that, we are back at in on Monday. Except for everyone out east, who is still snowed in, I hear. No such luck here in the Midwest, but it is snowing steadily all day today, making for slick roads and snow covered shoes. On the plus side, it makes for some pretty scenery. I am all ready for spring though; winter, you can leave any time!

This weekend was low key, as most of our winter weekends seem to be. It is just not the easiest feat to travel anywhere with a toddler that requires extensive bundling up and carrying when it is cold and slippery outside! On Friday, I came into town for a work meeting, but had the rest of the day off. Over the holidays, a snowplow drove by and damaged three cars parked on the street, including ours (and then drove away, so we can’t justify our case to get our deductible covered despite the one hundred pictures, and, you know, police report…) so we dropped Jackson off with my parents, Mike dropped me off at the gym, and then he took our car in to get checked out. We got home in time to put the little guy down for his nap, and that was about the excitement of our afternoon. We did head back in to my parents for dinner to celebrate my grandpa’s 75th birthday, it is always so nice to see my siblings and relatives. When we sang ‘Happy Birthday’ everyone watched Jackson, who was just entertained beyond belief. I apologized to my grandpa for Jackson hijacking his ‘moment’, but considering him and my grandma were taking part in the Jackson watching, I don’t think he minded too much 😉 Little man clapped at the end and just thought it was the best. It got me excited (and heartbroken) thinking about his 2nd birthday party next summer, I am not one to wish away time but these events are becoming more and more fun as he starts to realize what is going on!

On Saturday, I snuck away to the gym, and ran some errands afterwards in town while dad and the little guy hung out at home. I grabbed these booties on sale at Target on a whim, and I am loving them! The heel is 1.5 inches, which is perfect as it gives a little lift, without putting my 6 foot tall head up in the clouds 😉 I also managed to grab a pair of little boots for Jax for $6! I mean, how do you pass that up!? After a quick swing through Sam’s Club for a stockpile of fresh fruit, I made my way home. I enjoyed a quiet, event-free long nap time from the little guy, which is so nice, as some days I would literally PAY to just have an hour of silence by myself.
I had been wanting to get outside, but it was just a bit too cold, so I made some cloud dough and Jackson went to town. He played in it for a solid hour, and was in no rush to stop. I was able to get him away with the promise of more play in the bathtub, but I think it is safe to say we have found a new (and messy) activity to pass the cold days cooped up inside! 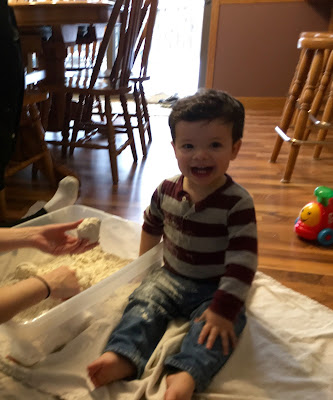 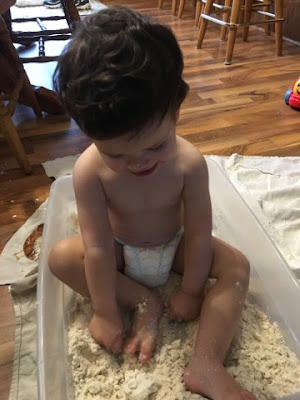 For dinner we decided to pretend it isn’t winter, and had grilled burgers, corn on the cob, and asparagus. It it the spot, and made me feel like I wasn’t in snowy Minnesota for a few minutes. Dessert was an orange dreamsicle box mix cake that Mike has had and been wanting to make for MONTHS, so he was pretty proud of that 😉

Sunday I managed to get to the gym again (3 days in a row woop woop!), and tried homemade baked doughnuts with the help of my nephew. The turned out pretty, but the glaze was off. That being said, I will totally use the actually doughnut recipe again, but definitely try another glaze the next time. I used my doughnut pan that I scooped up at Bed, Bath, and Beyond, and was surprised by how easy it was to actually make them. I will definitely be using some of the recipes saved to my Pinterest soon! 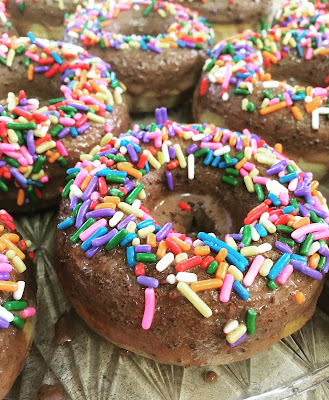 After nap time, we snuck outside for some sledding, as it was FINALLY a weekend where the temps weren’t below zero. Jackson had an absolute blast and was giggling like crazy the entire time. He loves loves the snow and gets so excited when he sees his snowpants and boots. This mama realized she definitely needs to invest in a pair of snow boots, though. My black zipper dress boots from Target won’t cut it for more than a few snow adventures.. 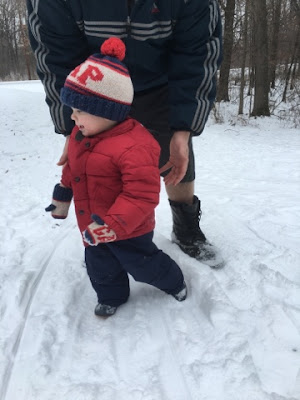 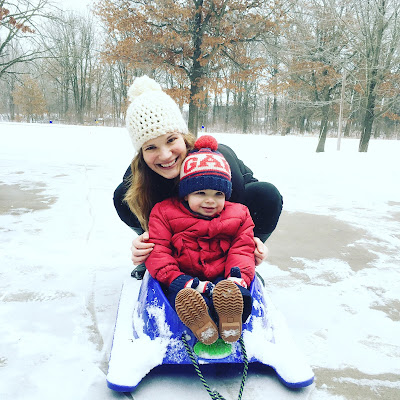 Mike and I capped off the evening with an episode of the O.C., and called it a night. Back at it this week, but I have another ultrasound on Friday and I am dying to see my little guy #2 again! Have a great week everyone, it’s the last of January! 🙂 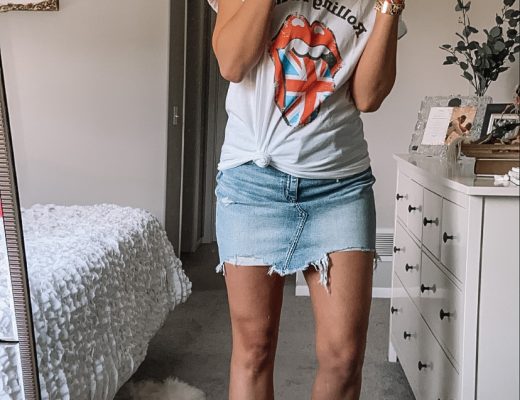 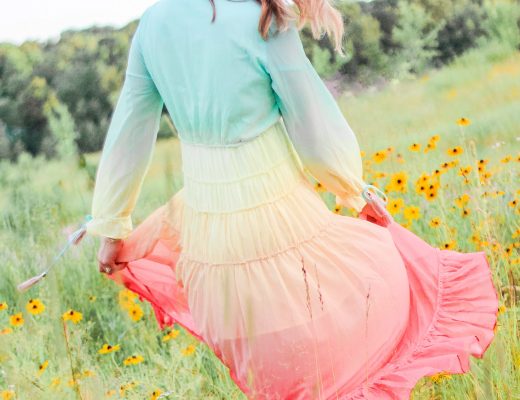 Somewhere Over The Rainbow Dress