Once again, how is it already Monday!? It is dark, gloomy, and rainy here today, and is projected to continue to be this way for the next few days. Ho hum. We had absolutely gorgeous weather all weekend though, so I really can’t complain!

Due to working some really odd hours and long days last week, I only had to go in for a work meeting on Friday for two hours or so, and had the rest of the day off. Mike and I had an ‘afternoon date’ and ran into town to check out appliances to start brainstorming what we want for our new houses. Let me just say, I never thought I would be so excited about the refrigerators. The double doors and pull out freezers are brilliant, and HUGE. We also realized when we are drafting our official house plans we are really going to have to put some thought into the kitchen and how we lay things out. Range separate from oven? On the island or by the window? What layout will make the most sense to make cooking as easy as possible? So many decisions ahead of us!!
After appliance shopping, I demanded we stop for a treat, and saw that Dairy Queen has a peppermint oreo blizzard out! Obviously me (and baby) had one. Because now I can justify these things, right? I swear, being pregnant during the holidays might be a bad idea..
Friday night was a lazy night in. We ordered a pizza, watched some cartoons, and called it a night.

Saturday, me and the little guy decided to hit down for a Sam’s Club and mall run. He fell asleep on the drive in, and proceeded to sleep nearly the entire time we were in the mall. It was seriously perfect and the most relaxing shopping trip I have been on in ages. Of course, I got my e-mail telling me that all signature lotions were only $3 in Bath and Body Works, and I basically gravitated there without realizing what I was doing. The place was a zoo, but Jackson continued to snooze and clearly didn’t mind. 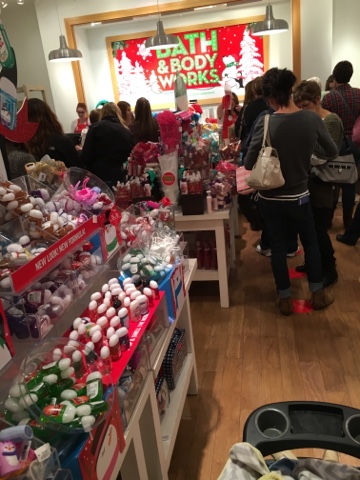 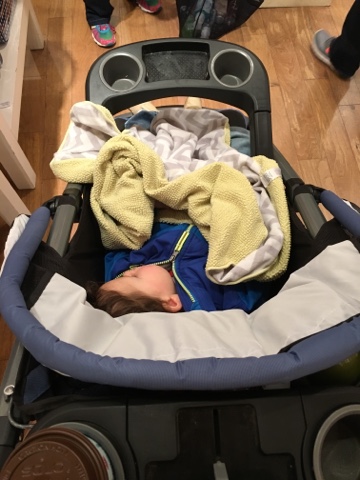 That promo, coupled with some fantastic coupons, resulted in me walking away with all of this for only $25! 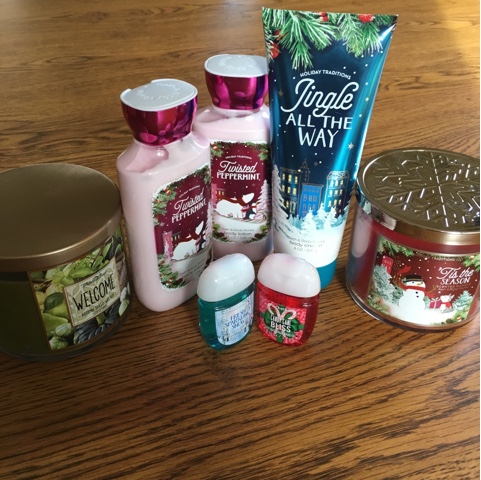 BEST DAY EVER. I will now officially say I am set on holiday candles this year (and possibly the next five years) so I am calling my candle shopping done.
In Sam’s Club, we strolled through the toy section and stumbled across this mini grand piano, and Jackson just lit up. 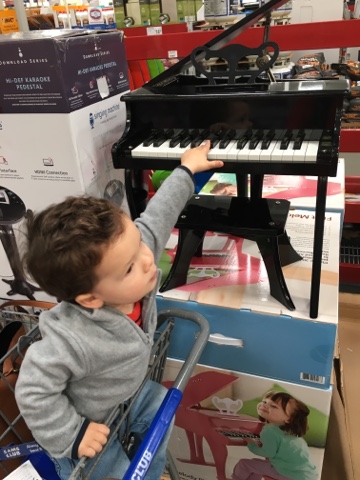 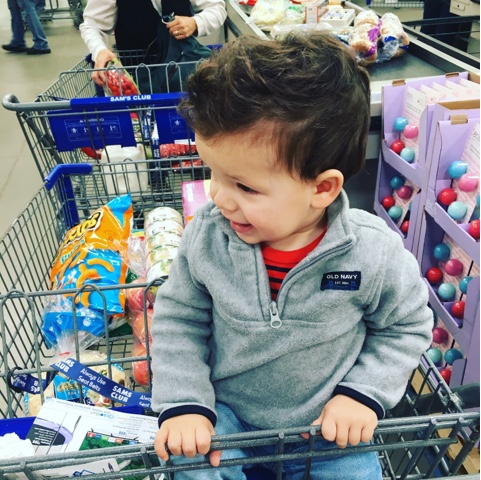 Christmas present, perhaps? It was so cute, and he would have sat there pressing the keys all day if I had let him!
Once we got home, we went out on a nice long walk, enjoying the 50 degree weather (which is fabulous for November in Minnesota!). After our walk, Jackson and his daddy ran around the yard outside playing and just had so much fun. I am a little nervous for this winter, because nothing makes that little boy happier than being outside. Clearly, all of the excitement and fun of the day was a bit much for Jackson, because this happened during dinner… 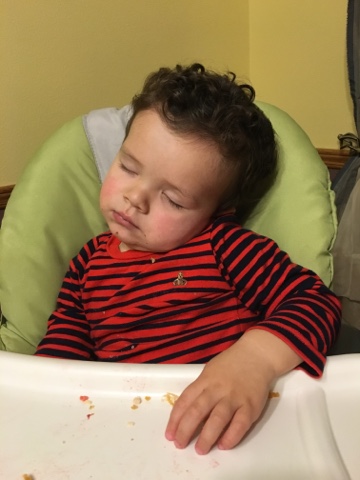 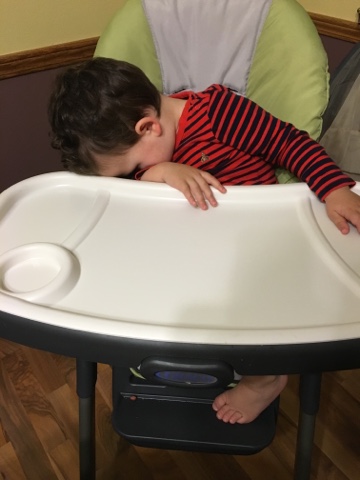 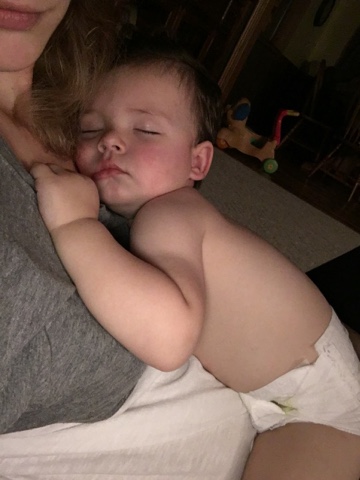 No worries, he rallied and woke back up, but I still had him down for good by 8, with enough time for me and Mike to watch an episode of the OC.

Sunday, we woke up and went to church! We haven’t been in a few months, partly because of laziness and partly because as Jackson has gotten so active I think we were kind of nervous how he would sit still. But he was so well behaved yesterday. Aside from a few babbles and throwing of toys on the floor, he couldn’t have been better. We are going to have to start getting there more regularly, especially with Advent starting so soon! After church, we went home, went for another walk in the gorgeous weather, and little man crashed for a solid three hour nap. Those three hour naps are far and few between, so I took full advantage and painted my nails for the first time in months, did some homework, prepped dinner so all that was needed was to throw the pan in the oven, and whipped up a batch of puppy chow. Oh, and of course did laundry. Most productive nap time ever? 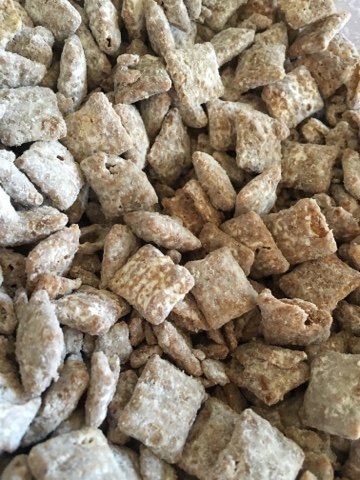 After nap, we watched the Vikings (who won again!), did lots of playing, and capped the night off with The Walking Dead. All I can say is, finally they gave us something to 1. keep hope alive, and 2. have me absolutely dying to see next week’s episode!

I hope everyone else had a fantastic weekend and is ready to tackle the last full work week before all of the holiday madness officially begins!