After dedicating a year to our sweet milestone tracking on the chalkboard, I decided monthly updates just weren’t quite necessary anymore for our little guy. Of course, we love tracking his progress and what is happening, but while lots of new little milestones seem to be reached every day, it didn’t seem like something that couldn’t be stretched out a bit. I am thinking updates every three months at this point is a sweet spot to be. Enough to learn a lot about what is going on with the little guy, without bombarding the world with chalkboard updates every other day 😉 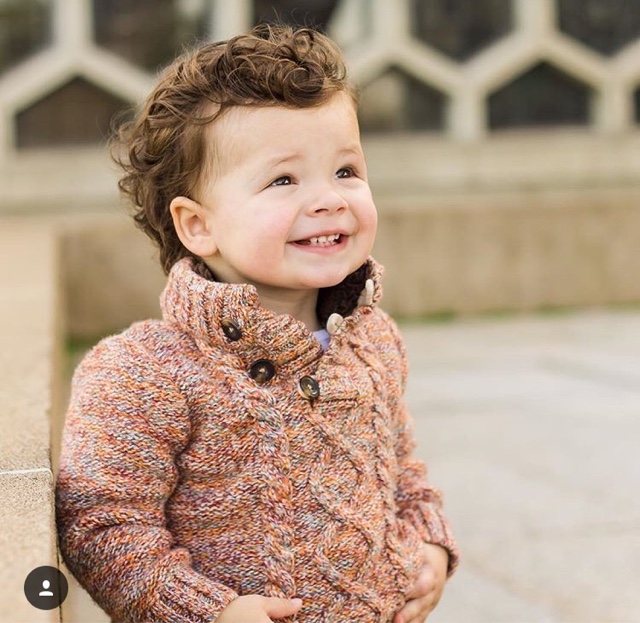 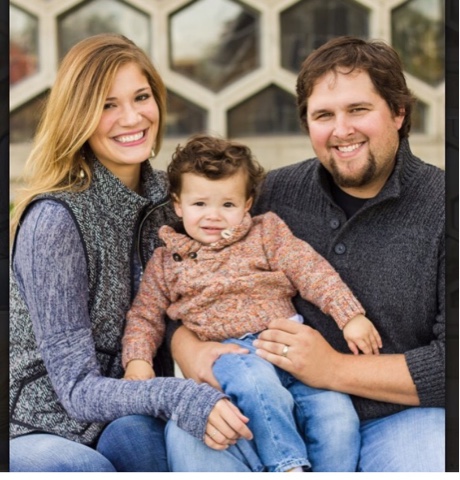 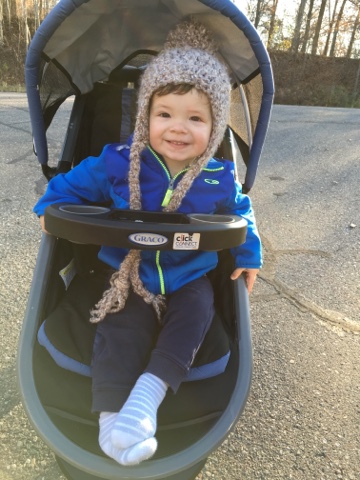 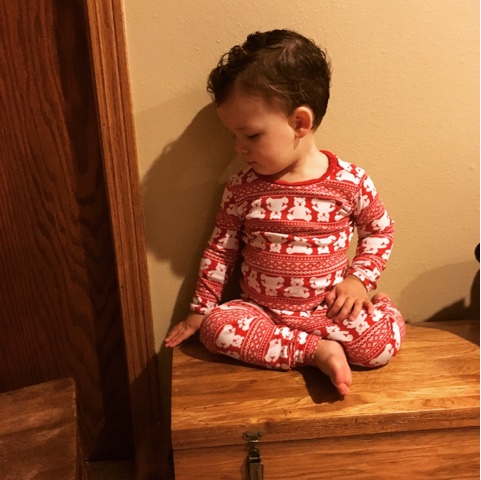 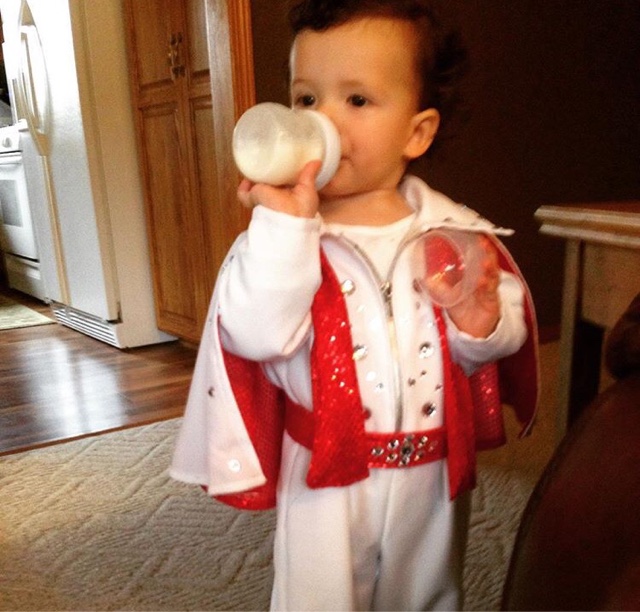 Weight: 28 pounds. 97th percentile.
Milestones: He has turned into such a little person over the past few months! He took his official ‘walk’ across the room on Sunday, September 20th at 13.5 months, and it has been go, go, go ever since. He knows how to crawl onto furniture, coffee and end tables not excluded, get up and down stairs, and open and close cupboards. He became fascinated with the spinning tops on the garbage cans at my in laws house, and many a toys, remote controls, and baby moccasins were thrown in. Most of the items were retrieved, but we have officially lost a shoe and a few toys that I am certain are gone forever in the trash. He also loves to brush his teeth, which is great because it saves me some time in the mornings while getting ready as it keeps him entertained.
He isn’t much of a talker, of course ‘mama’ and ‘dada’ are regulars in his vocabulary. He really likes to babble, so while we know he recognizes a lot of words and responds to everything we say, sometimes it is hard to know whether ‘babababa’ means bottle, bubble gubbies, or ball. He is super quick to respond though, and can be instructed to put his ‘toes’ in his socks, his ‘legs’ in his pants, and as soon as I say give me your arm, he sticks them right into his jacket, even knowing to switch his bottle out of one hand to the other so both arms can go in. It is so much fun being able to talk and give him instructions and know that he understands and grasps what we are saying! 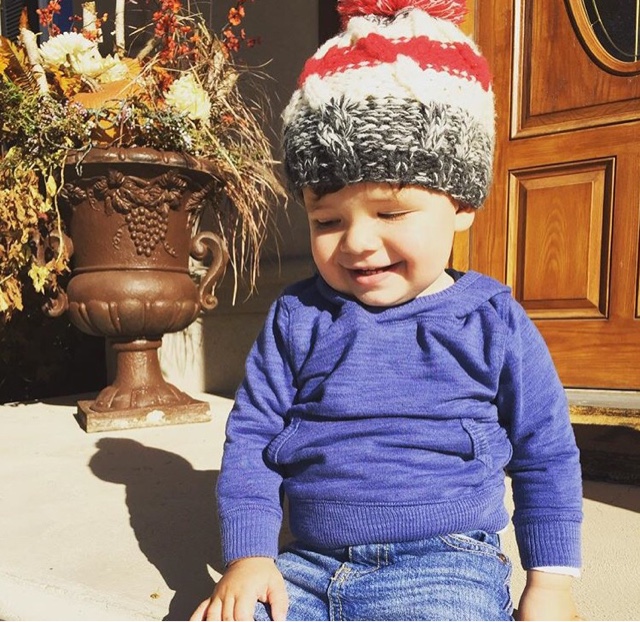 Sleep: I have just accepted the reality that we will never sleep again. Shortly before making the move out of our house and into our in-laws, Jackson started waking up at night and wanting to come into our bed. We agreed we would address this once we moved, because we figured the change would mess him up as it was. However, his sleep has not improved, and he has wound up in our bed every single night for at least two months straight. He did, by some miracle, manage to sleep through the night one night last week, but unfortunately that appears to have been a fluke, rather than a new trend. Some nights having him in our bed isn’t so bad, and he sleeps like a rock. Other nights, we get kicks to the head, slobbery kisses at 3am, and baby babble and grunting from an entirely awake little man. We even removed the front of his crib and put in a guard rail to see if he would feel less confined and we could lay by him to get him used to falling asleep in there, but mom and dad are lazy and don’t usually have the fight to make him stick it out..one day, we will figure this out. But I have no idea when that day will be. On one positive note, we do always manage to at least put him down to start the night in his crib, so we haven’t reverted to 100% co-sleeping. I’ll call it 50/50.
Best Moment: We have so many sweet moments with our little guy over the past few months. Watching him learn to walk and those precious wobbly steps was just the best. Becoming more interactive and watching him learn so much, so quickly is amazing to watch. And dressing him up at Elvis and enjoying Halloween was an absolute blast!
Worst Moment: I would just really, really, really like to sleep. Also we just had our first ear infection with a 103.5 temp. Not fun for anyone, but thankfully we are on the mend!
Health: Last week’s ear infection has me feeling so grateful that he doesn’t get sick often, because sick babies are NOT fun. He was just so sad and clingy and whimpering, and nothing seemed to help except snuggles. 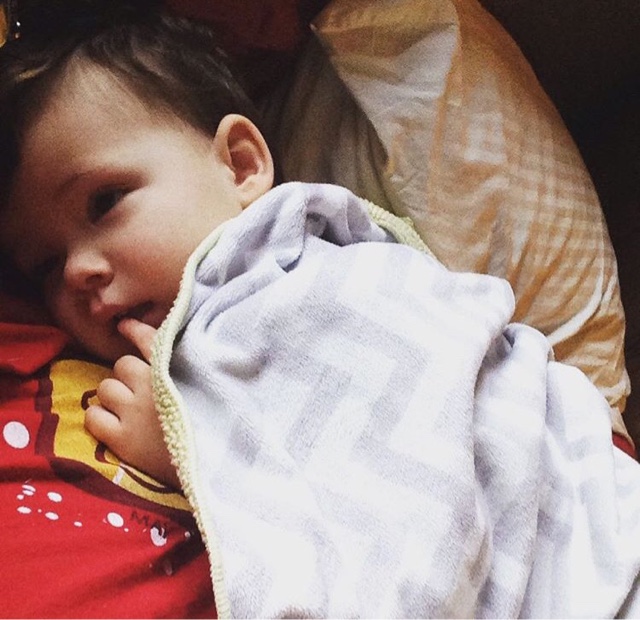 Eating: This has become a definite challenge over the past few months. Our once fearless little eater who would try anything now loves to throw food on the floor, spit food out, and throw tantrums if anything with red sauce makes its way onto his plate. String cheese, chicken nuggets, hot dogs, clementines, and strawberries are staples in this kid’s diet. I at least give us credit for making sure he is getting a lot of fruit in each day, because he just loves fruit. He also likes cheerios, fruit snacks, teddy grahams, and any kind of potato chip. He will try new foods, like tator tot hotdish, if he is out of his high chair, sitting on my lap, and eating off of my fork. Whatever works, right?
Teeth: He is still rocking 8 teeth, four on top and four on the bottom. I am thinking our next round of teeth can’t be too far off, as he hasn’t cut a new tooth in at least 2-3 months. I am happy to know that his sleeping really can’t get much worse, so I would say if there is a time to cut those new babies, it would be now!

Our sweet boy really is at such a fun age. No-no has become a regular saying in our house as we work on establishing boundaries, but he is still so sweet and innocent, it is hard to get mad at him. He loves to do something ‘naughty’, hears us say no, flashes a smile and adorably sit down and wait all of five seconds before trying the naughty task again. He is definitely learning. He loves Wallykazam and the Bubble Guppies, and also loves to watch the Baby Channel early in the mornings for Hide and Seek, Peek a Boo, and the Notekins (which creep everyone else in the house out). He loves to run across the living room to be picked up for a hug and a kiss, just to be set back down to play, as a sweet little reminder he has some lovin for us. He loves to play peek-a-boo by pulling his blanket up and covering 25% of his face, all the while smiling a sheepish little smile that he is unaware we can see. Early in the morning or before nap time, he loves to crawl over, ‘sing’, and smother us with obnoxiously slobbery kisses. Nothing makes him happier than laying on mommy’s chest and watching cartoons together. He is the sweetest little man, and we are having so much fun watching him grow and learn. We love him more than words can say, and cannot wait to see all of the things that he continues to learn.