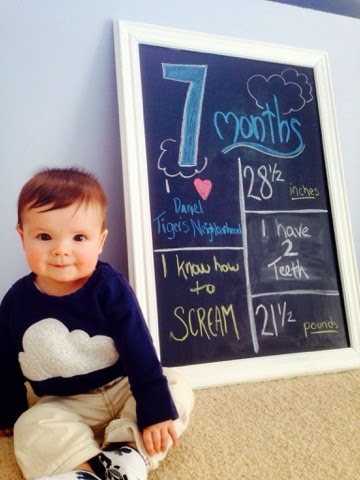 Our big guy just keeps getting bigger. Another month down, and I can’t believe how he continues to change and grow. He is a busy little guy, which has made diaper changes the newly appointed most challenging task of the day. He loves to play, scream, and do anything that lets him hear the sound of his own voice. My only trick that works to bring the quiet; running my fingernails all over his little body, at which point little goosebumps appear on his legs, he becomes still as a statue, and stares at me with a gaping smile. Heart melting.
Age: 7 months
Height: 28.5 inches
Weight: 21.5 pounds
Milestones: He isn’t crawling yet, but we can tell he is getting close. He is working sooo hard to get up on his hands and knees at the same time.
He has also learned how to scream. At this point it is still just screams of joy and excitement (read: no temper tantrums yet), and it’s adorable. He was laying in bed with Mike while I got ready yesterday and I was listening to them and commented that Jackson sounds like a baby Tarzan. Jungle noises for the win.
Sleep: we tend to go about 2-3 weeks with sleeping through the night all night, every night, following by 4-5 days of random middle of the night snack and playtimes. I would blame the teeth, but he wakes up wayyyy too happy. Kid sees me standing over his crib at 1am and smiles and giggles, ready to party. At least I know he loves me, and just misses me, right?…
Best Moment: A few weeks ago, we finally had a day warm enough to go on a walk, and mama and baby were SO happy (maybe this was just a best moment for me, because helloooo sunshine!) We walked and chatted and giggled, and it was much needed. It has since been cold and miserable, but the forecast has me so excited to get back outside for some fun this week!
Worst Moment: Basically having a 7 month old and living in Minnesota. Or just living in Minnesota regardless. We have been feeling sooo cooped up lately. It’s hard to feel like you can’t leave the house with your baby. Hopefully the extreme cold is finally over.
Health: All is well. He and I both had a cold last week, but he sure didn’t let it get him down! All smiles for this guy.
Eating: At his 6 month appointment we got the all clear to eat everything except for honey and milk, so it has been so much fun letting him taste what we are eating. He has tried just about every kind of fruit and loves it all. We bought a little contraption at Target that allows him to eat pieces of fruit through mesh all on his own, so that has been fun and a time saver for me when I want to cook and can just let him hang out feeding himself in his high chair.
In the past few days he has also decided he wants to feed himself, which has been challenging. He won’t open wide for his spoonful of pureed chicken and rice (I mean how could you not that stuff looks delicious) because he is too busy searching high and low for any puff that may have dropped through the cracks. Last night I caved and scrambled an egg and he got to help feed himself, and wouldn’t you know, after having a war to get him to eat the container of baby food, he scarfed down the egg in no time. So, this whole eating thing may get very interesting coming up here.

Teeth: two! They both cut through within hours of each other, and it is sooo cute. It is crazy how different he looks now that he has teeth. He loves to use his newfound chompers to munch on his crunchy Gerber cheesy puffs. He reminds me of a little squirrel when he does it. Too cute to handle. 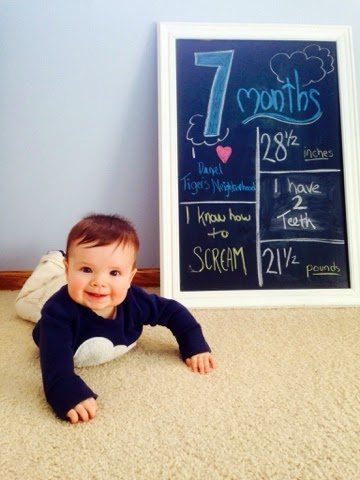 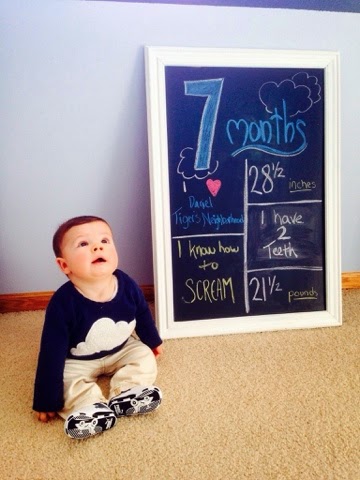 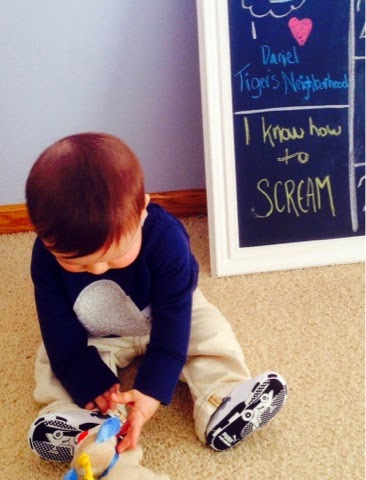 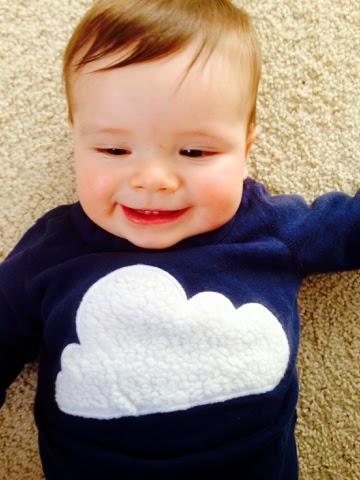 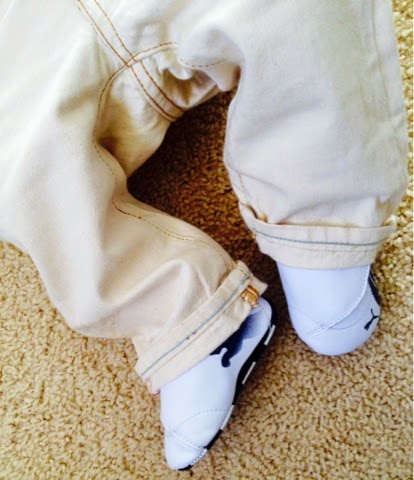 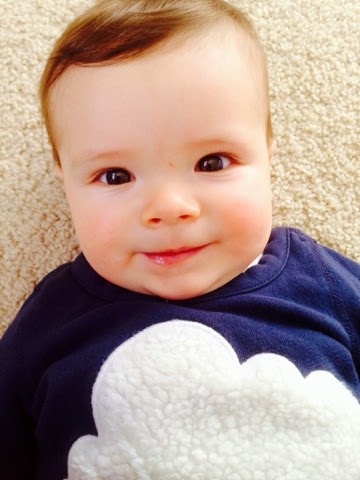 Squershy boy, every day with you is an adventure, and I am so so proud to call myself your mommy!